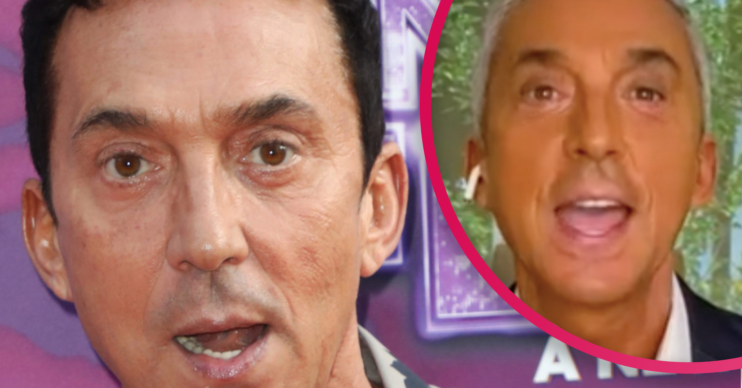 What a silver fox!

Italian stallion Bruno, 64, has swapped his dark brown locks for a natural grey shade and fans can’t get enough.

The Strictly star showed off his new barnet during this year’s Television BAFTAs, which were held virtually.

During the ceremony, the BBC dancing show scooped the award for best Entertainment Programme.

Along with his fellow Strictly stars, dancer and choreographer Bruno appeared via video link to share his joy in their win.

Sitting in the lounge of his plush US mansion, the transformed silver fox said: “The biggest thank you goes to all of our viewers.

“I’m telling you, without you, we would not be here. And we really hope to keep you entertained and happy for many years to come.”

Fans were obviously delighted to see Strictly scoop a BAFTA, but Bruno’s new hair was definitely the talking point.

One viewer tweeted: “Wow..so loving the grey babes. Keep it.”

Another said: “Your hair is flipping FAB U LOUS – please keep it.”

Read more: Strictly ‘in chaos as stars turn down offers over money’

He tweeted: “The Silver Fox! Love it @brunotonioli.”

Some Strictly fans questioned whether he would be keeping it for the new series of Strictly.

The Silver Fox! Love it

But sadly, it is looking increasingly unlikely that Bruno will appear on this year’s show due to the Covid-19 pandemic.

Bruno Tonioli not on Strictly 2020?

Fearing travel restrictions, Bruno wants to avoid the potential uncertainty of flying between the US and the UK.

The judge has said he will prioritise his role on the US version of Strictly, Dancing with the Stars.

As a result, the Strictly judging panel will be reduced to three, with Shirley Ballas, Craig Revel Horwood and Motsi Mabuse still likely to take their seats.

However, Craig has said Strictly may work around Bruno’s absence with guest judges.

He told the Daily Star: “They might throw guest judges in for fun.

“Then when everything’s back to normal, Bruno can make his triumphant return!”

Entertainment Daily has contacted the BBC for comment on Craig’s suggestion.

What do you think of Bruno’s new hair? Tell us on our Facebook page @EntertainmentDailyFix.