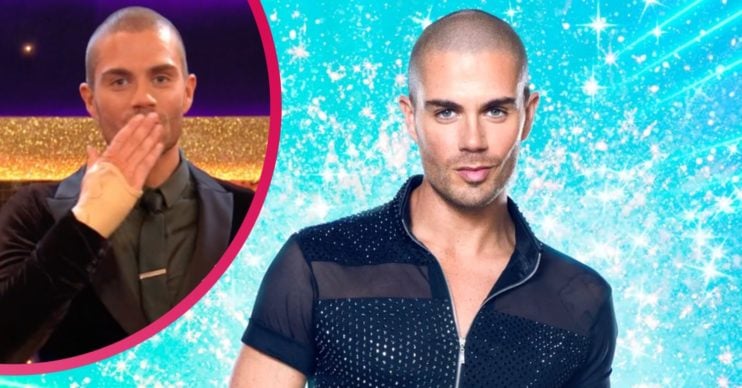 Fans are convinced his swearing had something to do with it

The 32-year-old musician, who was the third celebrity to be axed from the competition, was forced to apologise during Saturday’s live show after accidentally swearing on air.

Now, Strictly fans believe the honest mistake is the real reason he was sent packing with pro partner Dianne Buswell.

Max found himself in the bottom two alongside EastEnders actress Maisie Smith.

Both judges Craig Revel Horwood and Anton Du Beke voted for The Wanted singer to leave the show.

Meanwhile, Shirley Ballas was on side and opted to save Max.

However, fans had their doubts over the decision.

Taking to Twitter, one claimed: “The producers decided Max must leave for swearing. They picked Maisie as the other dance off partner because she was clearly one of the best. The two judges put Maisie through and Shirley had to say Max to make it look closer than it was. It is fixed.”

A second said: “Wrong decision, no way should Max or Maisie be in the bottom two. Did Max get voted off for swearing because he was a great dancer and smashed the feel of each performance. Big loss to the competition.”

Another added: “I think he was voted off for swearing.”

A fourth stated: “I said he would go as soon as they apologised for his swearing.”

That's what happens when you swear live on the BBC. #Diposable

It was that naughty swearing @MaxGeorge tut tut tut 🤣🙊 #Strictly

The Wanted star placed third from bottom for his American Smooth, which earned him 20 points.

Following the routine, Max was heard shouting “[bleeping] get in” as he finished his final move.

He said: “Apologies by the way if I may have let out a bad word.

“It was just in the moment and I do apologise for that.

At the time, one viewer even predicted the star would be booted out of the competition.

They wrote: “I’m guessing Max will be out tomorrow after dropping the F bomb.”