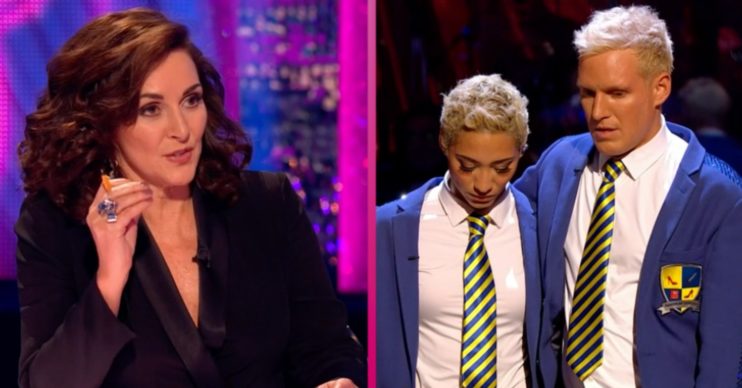 The reality star competed in the dance-off alongside JJ Chalmers

After competing in the dance-off against JJ Chalmers and Amy Dowden, who performed their Charleston to Chitty Chitty Bang Bang, Shirley opted to save Jamie and his partner Karen Hauer.

The 60-year-old judge was joined by Craig Revel Horwood, who also voted to keep Jamie in the BBC competition.

What did Strictly Come Dancing viewers say about Shirley Ballas?

During last night’s show (December 6), Shirley was left with the deciding vote.

She said: “Both couples lifted their game, I adored both performances very very much, and both couples made small mistakes, both couples.

“But on a more powerful and through difficulty of choreography and through sheer determination, I’m going to save Jamie.”

However, viewers were left disappointed with the head judges’ decision.

In fact, some even accused the former professional dancer of showing favouritism towards Jamie, 32.

Taking to Twitter, one wrote: “Wtf? Jamie? He wasn’t even together with the steps!!! Very disappointing! A stich-up for sure… He was always Shirley’s favourite…it is so obvious!”

A second complained: “What a fix. Jamie manifestly makes a mistake in the dance off but Shirley and CRH save him. Every year the BBC never fails to disappoint #Strictly.”

A third said: “As soon as Jamie is in the dance off they may as well just cancel it, we all know Shirley will always save Jamie #Strictly.”

As soon as Jamie is in the dance off they may as well just cancel it, we all know Shirley will always save Jamie #Strictly

What a fix. Jamie manifestly makes a mistake in the dance off but Shirley and CRH save him. Every year the BBC never fails to disappoint #Strictly

A fourth added: “I really wish Len was still on the panel, or even Anton. Shirley and her favourites. Jamie was worse than JJ tonight. It was the wrong result. #Strictly.”

Jamie – who scored three eights for his Argentine Tango the following week – explained that Karen had been disappointed with the scores.

Speaking about Shirley, Karen went on to say: “Funnily enough, I thought his musicality was right on point.

“So is she giving me the notes?”