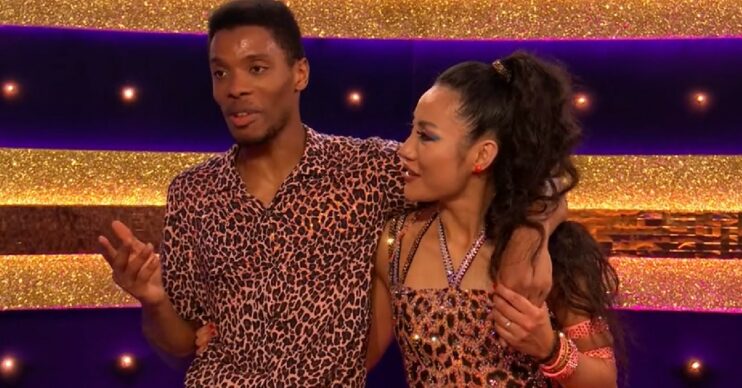 However, many were surprised to see what followed directly after the show came to an end.

While still tuned in to the BBC, many viewers were shocked to see Prime Minister Boris Johnson appear on-screen.

Boris came on TV to give a prerecorded announcement about Covid restrictions and booster jabs.

However, after the excitement of watching Strictly, many viewers were left horrified by seeing Boris make an appearance.

As a result, many rushed to social media to share their dismay.

One viewer tweeted: “Woah going on a high from #Strictly to seeing Boris‘ face”.

“Woah Boris’s face popping up after that gave me quite a shock #Strictly,” said a second.

Wtf where did boris come from #strictly

woah boris’s face popping up after that gave me quite a shock #Strictly pic.twitter.com/8yFEeDegMp

Woah going on a high from #Strictly to seeing Boris' face pic.twitter.com/8TmXaLXQWH

A third tweeted: “Boris just burst the #Strictly bubble. Comes in, turns the lights on and stops the party. Ironic really #Boris”.

“Seeing Boris Johnson’s face after that slightly emotional #Strictly episode was like a horror movie jump scare, I almost screamed,” laughed a fourth.

A fifth tweeted: “Even Boris isn’t stupid enough to do a National address before the end of #Strictly and that’s saying something.”

“Wtf, where did Boris come from #strictly,” added a sixth.

Meanwhile, it comes after many called for Boris to resign from his position in the government.

More than three-quarters of Good Morning Britain viewers voted for him to step down from his role as Prime Minister in a poll last week.

The results came after adviser Allegra Stratton resigned following the fallout from the Christmas party scandal.

Meanwhile, leave us a comment on our Facebook page @EntertainmentDailyFix and let us know what you think!