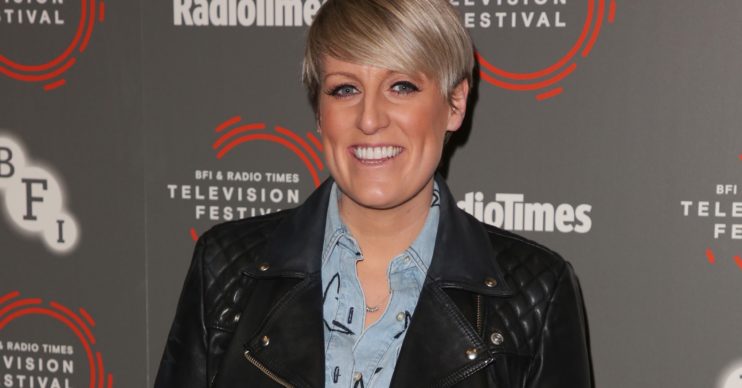 Steph McGovern is one of the names being looked at

Strictly Come Dancing is reportedly set to feature an all-female couple for the first time.

Bosses of the popular BBC show are said to be seeking a high-profile lesbian or bisexual female to create one-half of the programme’s first-ever same-sex couple.

Plans for two women on Strictly

A TV insider told The Sun on Sunday newspaper: “Obviously ‘diversity’ is the key word in television today and, of course, Strictly wants to be progressive.

“The plan is to have a same-sex couple, and two women.

“Dancing On Ice featured two men, so it would be good to offer something different and keep pushing boundaries.”

Previously, it was suggested that Strictly’s gay professional Johannes Radebe would team up with a male celebrity.

The plan is to have a same-sex couple, and two women.

But according to BBC bosses, that idea is “too predictable”.

The source explained: “While Johannes would love to dance with a guy, that would almost be too predictable.

“But all of the pros, male and female, have said they would be delighted to be partnered with someone of their own gender.”

Gillian Anderson is seen by Strictly bosses as a “dream” booking, although the likes of Jessie J, TV presenter Steph McGovern, singer Chelcee Grimes and Sandi Toksvig are all said to be in the frame.

The TV star has said for years that she would love to compete on the BBC dance show and it seems her dream could soon become a reality.

A source recently said: “It’s really early days but she’s in talks with bosses. She always jokes she’s got two left feet but she would love to do it.”

But she might have competition from her own son!

Peter Andre, Katie’s ex-husband, recently revealed in his new! magazine column, that whilst he’d ban Junior from going on Love Island, he would encourage him to go on Strictly because it would mean he can ‘learn a skill’.

Strictly has long been rumoured to want to follow suit, but with worries the show won’t go ahead this year due to social distancing rules, we might have to wait until next year for this to happen.