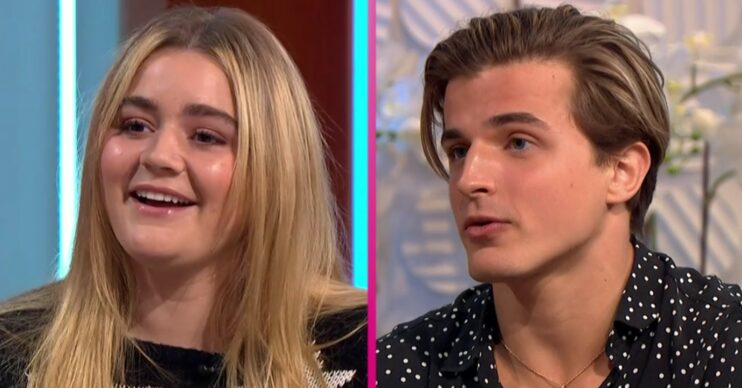 They looked extremely happy together!

Tilly Ramsay and Nikita Kuzmin appeared to be the perfect Strictly Come Dancing pairing, as they appeared on Lorraine this week (September 23).

The dance partners graced the ITV programme to speak to host Lorraine Kelly.

And some viewers couldn’t help but comment on the chemistry between the two.

During Thursday’s show, Tilly and Nikita opened up on their Strictly journey so far.

Nikita, 23, shared: “I’m so excited to perform on Saturday and I’m honestly enjoying it.

“I got Tilly and we’re having so much fun day by day.”

Read more: Strictly Come Dancing contestants: Who is Tilly Ramsay? How old is she?

Meanwhile, Tilly admitted that her parents, Gordon and Tana Ramsay, couldn’t be prouder.

According to reports, three of the professional dancers have refused the coronavirus vaccine.

However, Tilly insisted that the participants were all safe.

She explained: “Firstly, it’s amazing that they can put the show on.

“They are working so hard to make the show safe.”

Read more: Strictly Come Dancing dancers: Who is Nikita Kuzmin? Is he single?

Speaking about their partnership, Nikita later added: “Honestly, we’re getting along better than I thought.

“Every day is fun and obviously she’s training hard.”

Tilly, 19, responded: “We definitely have a good balance.”

I think Nikita and Tilly are in love #lorraine

Tilly has a bit of a crush on Nikita. You can tell with the way she looks at him. Doe eyed lol. #lorraine

Strictly fans respond to the pair

Strictly fans rushed to Twitter to compliment the pair, but could romance be on the cards?

One wrote: “I think Nikita and Tilly are in love #Lorraine.”

A second commented: “Tilly has a bit of a crush on Nikita. You can tell with the way she looks at him. Doe eyed lol. #lorraine.”

In addition, one pointed out their song choice.

Tilly has a bit of a crush on Nikita.

Another user tweeted: “Omg Tilly and Nikita are dancing to Consequences by Camilla Cabello.”

Meanwhile, other fans praised Lorraine for her probing the pair on the recent vaccine drama.

“Lorraine trying to get sneaky information there about the Covid shambles on Strictly,” one said, while another added: “Oh dear, this is slightly awkward.”