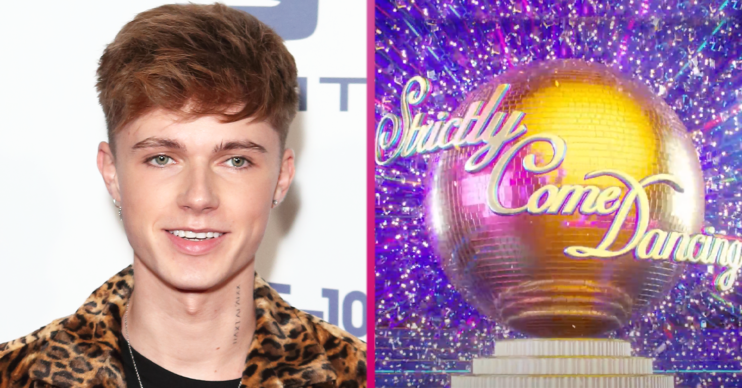 Strictly star HRVY has confirmed that he has tested positive for coronavirus.

HRVY – real name Harvey Cantwell – discovered the news after a routine test by producers on the show.

Contestants are required to undergo testing twice a week.

HRVY did not have symptoms and promoted the show alongside three other contestants last weekend.

What did Strictly star HRVY say?

Posting on Instagram, HRYV said: “I wasn’t going to say anything because I didn’t want to worry anybody or be dramatic but I have coronavirus, I’ve tested positive.

“All is fine, I’m isolating, I have no symptoms luckily. I’m just chilling, I’m bored,” he added.

HRYV continued: “It just shows us youngsters we can get it and not even realise. For now, stay safe. I’m fine, I’m chilling.

The YouTube sensation took part in interviews at BBC HQ at the weekend with Maisie Smith, Jason Bell and Clara Amfo.

Read more: Helen Flanagan misses ‘everything’ about Corrie and ‘would love’ to go back

However, Strictly bosses have insisted on social distancing between contestants and, as such, all three are said to have tested negative.

HRVY now has to self-isolate at home till next Thursday (October 8) – just four days before the celebrities are due to be partnered with the professionals.

All is fine, I’m isolating, I have no symptoms luckily. I’m just chilling, I’m bored.

As per the new rules, any celebrity who tests positive for COVID-19 during the run will immediately forfeit their place.

As such, HRVY will have to quit the show if he does not recover in time for the start of the series.

A source told The Sun: “This is the last thing Strictly wanted. They’ve been jumping through hoops since day one to make sure everything is done safely. But with just ten days until the celebrities are introduced to their partners, this is the worst-case scenario.

They added that bosses have “scrapped” replacement celebrities this year because with a “crunched-down run, there is no room for error”.

The source added: “Harvey is gutted and it has left the show on tenterhooks.”

At least five members of staff who had been in contact with the lighting expert were sent home to be tested and isolate.

A BBC statement revealed: “We can confirm a member of the Strictly team has tested positive and are now self-isolating at home. We have rigorous protocols in place to manage COVID-19 as the safety of all those involved in the production is paramount.”

The Strictly Come Dancing live shows returns to our screens on Saturday October 24.