Tess Daly and Claudia Winkleman are back hosting Strictly Come Dancing and it hasn't taken long for the claws to come out over Tess's presenting skills.

During last night's week two show (Saturday September 29) Tess stunned in a silver dress, but it wasn't only her outfit that got people talking.

Some were ticked off by a couple of particular habits the presenter has. 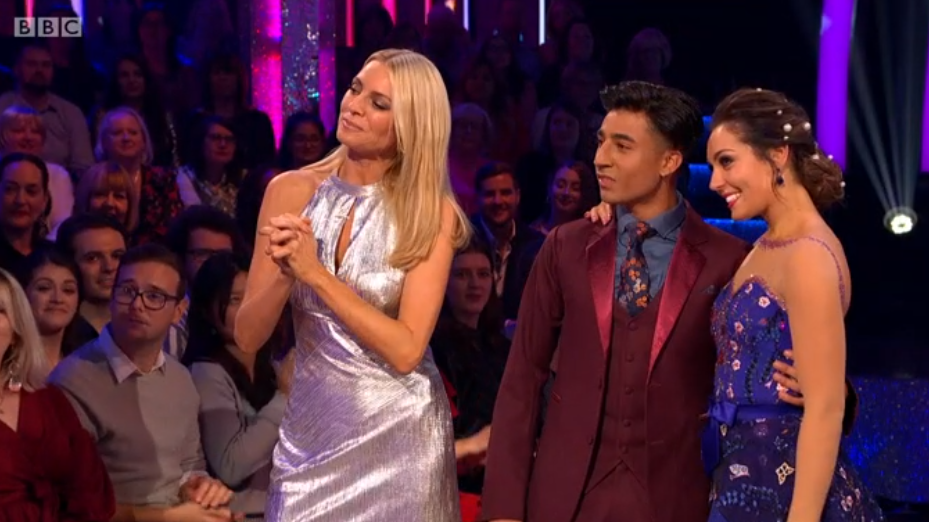 When speaking to contestants, Tess quite often tells them they are "cute" - and it's started to get on some viewers' goats.

In particular she adopted a high-pitched squeal to say to CBBC presenter Karim Zeroual: "Isn't he cute?!"

He’s a grown man for goodness sakes Tess. No grown adult wants to hear “isn’t he cute” in a patronising way by a talentless bimbo who should have been replaced a decade ago.#StrictlyComeDancing #strictly

Why does Tess insist on patronisingly referring to grown adults as *squeaky voice* "You're sooo cuuute!"? Eurgh! #Strictly

‘Isn’t he cute’ Tess the patroniser raises its head #Strictly

Others were annoyed by the fact she touches the celebrities a bit too much...

Why does Tess have to grip people’s hands with the ferocity of a velociraptor? It clearly makes people feel uncomfortable. #scd #Strictly

Others defended her though, with one saying: "Why are people being so horrible about Tess? I love her."

"I hate the Tess haters," added another, "she's so lovely."

Last night's show saw viewers also point out Tess has to dash off quickly once she'd finished talking to the judges to make her next link - and it was caught on camera more than once!

The host was also forced to apologise when a technical blunder hit the opening meaning some viewers at home were hit by a black screen instead of seeing the celebrities walk onto the stage.