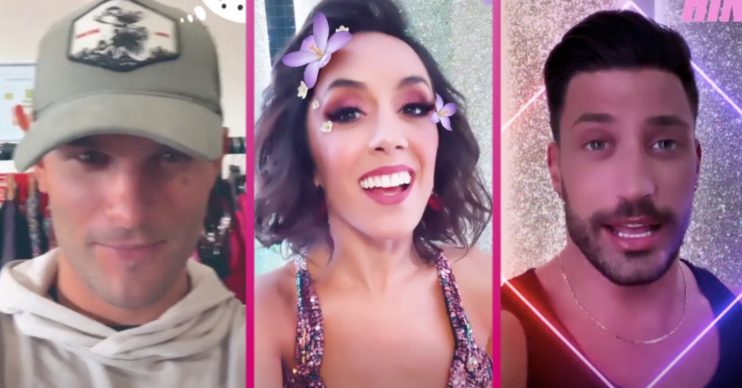 They're keeping us guessing!

Strictly Come Dancing’s stars are remaining tight-lipped about their partners ahead of the BBC show‘s launch.

The professionals and celebrities will be taking to the dance floor tonight (Saturday, October 17).

But they are still keeping fans guessing about who will be dancing with whom!

Taking to the official Strictly Instagram account, some have been giving clues about who they have been paired with.

In the ultimate tease, dancer Aljaž Škorjanec stood next to his while filming himself.

“But I can give you a couple of clues. She has a beautiful smile, she has an incredible personality.”

Just as he goes on to say she is “beautiful inside and out”, Aljaž is cut off.

His wife and fellow Strictly pro, Janette Manrara, then appears. She says: “I’m very excited because my partner is standing right here next to me.

“I cannot wait for you to find out who they are. And I’m going to show you right now, its…!”

But when she turns the camera around, there is no one there. She adds: “Oh sorry, you missed it. They’ve gone.”

Next up is celebrity contestant Jamie Laing. The former Made In Chelsea star is hoping to light up the dance floor after bailing out due to injury last year.

He says: “Who is Jamie going to partner with? I can reveal who it is. Really excited about this. This is who it is…”

But as he pans the camera behind him, professional dancer Giovanni Pernice comes into shot. The lads then laugh.

Giovanni, however, is a bit more forthcoming with his clues.

“What I can tell you is that she’s lovely,” he says. “Beautiful lady. And a clue… she can talk forever. Promise you. Like forever.”

Fellow pros Katya Jones and Dianne Buswell have also been having fun taunting Strictly fans. Dianne even flashes a shoulder of her partner. Cheeky!

Gorka Marquez, meanwhile, teased that his partner can speak Spanish.

Nicola is the first celebrity ever to take part in a same-sex pairing. It is rumoured she has been partnered with Katya.