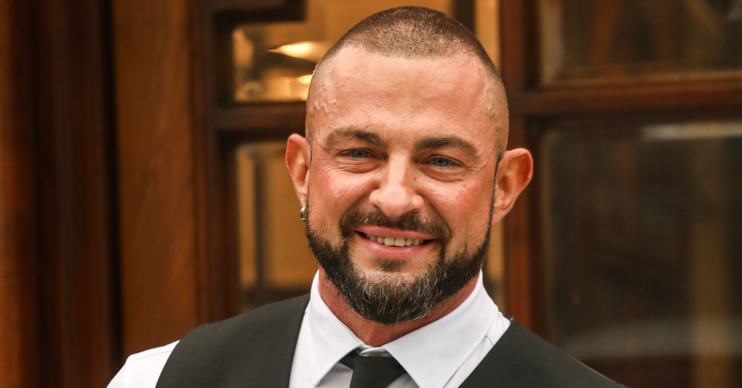 Should he grow it back?

Robin left the BBC dance show back in 2014, after pulling out mid-series due to an existing back injury.

At the time he said it had been a “really difficult decision” to leave the show.

However, as far as the fans are concerned he’s still very much part of the Strictly family.

Robin – who has a shaved head – shared a throwback shot of himself with a full head of hair.

And he asked fans to decide whether or not he should grow it back.

Robin said: “It’s been a very long time but do I grow my hair back?

“I’m lucky enough at my age to still have the same hairline,” the 42-year-old star said.

In the picture, Robin is seen smiling with a full head or dark brown curly hair.

It’s been a very long time but do I grow my hair back ? I’m lucky enough at my age to still have the same hairline 😝 pic.twitter.com/8TQMBquJqG

It’s fair to say they were all for the change of style.

One said: “Yes grow it back. You’ve got it so show it. You’d the even more handsome if that’s possible!!!”

Another added: “Yes please do…. I think it’s going to be lovely.”

A third said: “Go for it! Very handsome.”

Others even joked that growing it back could lead to new job opportunities… and potentially step on Claudia Winkleman’s toes.

“Grow it back and get a Head and Shoulders advert,” one fan quipped.

What has Robin been up to since Strictly Come Dancing?

Robin has kept himself busy since stepping down as a professional dancer, taking part in Here Come The Boys last summer.

He’s been in panto this year and is heading off on tour with the cast of Come What May this January – a musical tribute to films including The Greatest Showman and Moulin Rouge.

Head to our Facebook page @EntertainmentDailyFix and cast your vote!