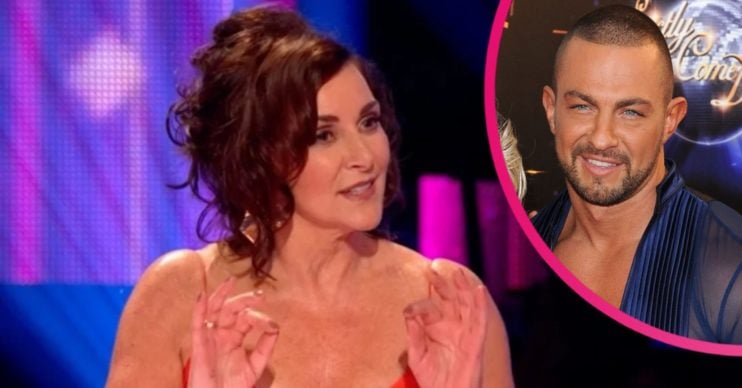 The 60-year-old star has dealt with her fair share of criticism on the BBC reality series, having recently been accused of favouring certain contestants.

And while Robin may not agree with the backlash, he believes Shirley needs to make it more clear when it comes to what she’s looking for in a performance.

According to the pro, who left the show in 2014, the judges need to make it clear on what they’re judging.

“Which is why it’s such a tough job for the judges, especially when it comes down to Shirley having that deciding vote.

“It comes down to her own personal preference really, and it depends exactly what that person is looking for.”

Read more: Oti Mabuse praises Bill Bailey as ‘the perfect gentleman’ while Strictly viewers beg for them to win

Robin believes changing the show’s format could make it fairer.

The professional Latin and Ballroom dancer continued: “If I had to make one choice, it would be to put Couple’s Choice at the quarter-final stage, and get everyone to do two dances there so they could do a couple’s choice and another dance.”

Why did people criticise Shirley?

It comes days after the judge was slammed by viewers for sending home Ranvir Singh and Giovanni Pernice.

As Shirley was the one to make the final decision, she chose to save Jamie Laing and Karen Hauer.

However, viewers believed Ranvir and Gio were “robbed”.

One viewer fumed at Shirley with: “So Ranvir scores higher on the night but goes home. Shirley is a disgrace #Strictly.”

Another argued: “Shirley, voting for Jamie?! Well I never.”

Others previously accused Shirley of showing favouritism towards Jamie after he landed in the bottom two with JJ Chalmers.