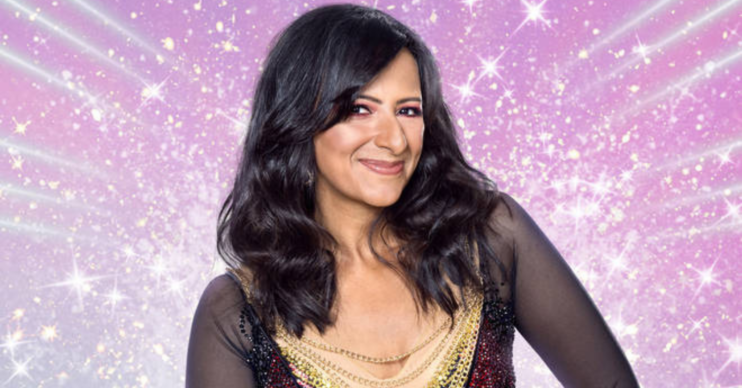 Jamie Laing also joked the pair 'hate each other'

Strictly Come Dancing star Ranvir Singh has laughed off rumours that she and dance partner Giovanni Pernice have feelings for each other.

The 43-year-old Good Morning Britain star said there’s no chance that the famous ‘curse’ will affect the pair.

What did Ranvir Singh say about the Strictly rumours?

Speaking to the Mirror, Ranvir said: “We both find the idea that we might get hit by the curse very funny – he is a 30-year-old man!”

Strictly co-star, Made in Chelsea’s Jamie Laing joked that the pair ‘hate each other’.

He said: “I was talking to Ranvir the other day, who’s just wonderful, and she said ‘at the end of the day I HATE Giovanni. Hate him’.

“They have such a funny relationship, like brother and sister. He is so competitive and she is so laid back and it makes him furious. It’s hilarious. I just don’t see how the curse can happen.”

When did the Strictly rumours start?

Rumours started earlier this month after their racy Cha-cha-cha. Sadly though, it looks like it’s not on the cards.

Meanwhile, Susanna Reid will be disappointed with the news as last week she said it would be ‘marvellous’.

Read more: Is Jamie Laing the next to leave Strictly?

Ranvir appeared on GMB with Susanna and Piers, who said: “There’s no reason why you couldn’t if you wanted to. It would be a blessing!

“It would be the first ever Strictly blessing.”

Laughing, Ranvir said: “You know in a few minutes I have to go and see him in the training room so this is very awkward.”

Continuing his grilling, Piers asked: “Are you getting close? Do you inevitably get close to a man who’s all over you 10 hours a day?”

Ranvir said: “Well you’re like that [hand gesture to show how close they get during training] the whole time.”

However, Piers then asked: “Are you beginning to feel the Giovanni magic?”

After a brief pause, Ranvir said: “There is dance magic…”

Piers said: “Come on Ranvir, you can share it with the group. There’s a little look in your eye.”

Susanna said: “You described him as sizzling…”

Ranvir replied: “Well he sizzles on his own.”

What do you think of the rumours? Let us know what you think on our Facebook page @EntertainmentDailyFix.