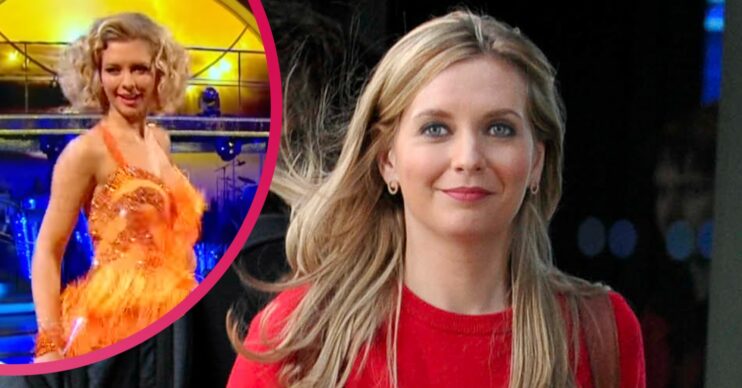 Rachel appeared on the show with Pasha Kovalev in 2014

Strictly Come Dancing has hit back at Rachel Riley following her claim the programme is “fixed”.

The Countdown star, 36, previously appeared on the BBC One show back in 2014.

During her Strictly stint, Rachel was partnered with professional dancer and future husband Pasha Kovalev.

However, that hasn’t stopped Rachel from giving her opinion on the BBC One show.

In a new interview with The Sunday Times Magazine, the star made a series of claims about the show’s bosses.

She told the publication: “I think they know from the start who they want to win and what journeys they want to take different people on, to have the right balance, and they can obviously fix the scores.”

This claim is categorically untrue.

Rachel also went on to say that the show was “very produced”.

The BBC has since denied her claims in a statement.

A Strictly spokesperson told ED!: “This claim is categorically untrue. The BBC has strict procedures and editorial guidelines in place regarding impartiality and Strictly upholds all of these.”

Meanwhile, Rachel previously revealed she developed PTSD following her time on the show.

“If I heard the theme music, I’d start reliving the experience. It was scary and unnerving, so my way of dealing with it is to avoid watching.”

Rachel met her husband Pasha on the show

Rachel and Pasha lasted until week six of the competition.

The pair have since welcomed two children together – daughters Maven and Noa.