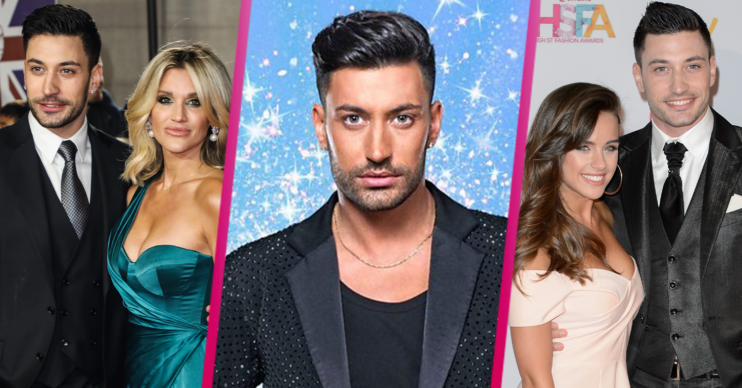 And how will she cope when his celebrity partner is announced?

Strictly Come Dancing professional Giovanni Pernice is often in the headlines – for his love life more than his dancing prowess if we’re entirely honest.

But who can blame the ladies for falling at the Italian stallion’s feet? He is HOT to foxtrot!

So which of his dancer partners has Giovanni dated? Just what happened with Ranvir Singh and who is he seeing now?

All you need to know and more here…

Strictly Come Dancing pro Giovanni Pernice: Who is he dating?

Gio’s love life has been high profile, with the dancer often hitting the headlines with a new lady on his arm.

But which of his Strictly dance partners has he dated? And what really happened with Good Morning Britain star Ranvir?

Read more: How is Strictly host Claudia Winkleman related to the royal family?

Gio joined the show in 2015 and was partnered with ex-Corrie actress Georgia May Foote, who went on to become his girlfriend.

She was dating her co-star Sean Ward when she signed up to the show and confirmed their split and her romance with Gio before reaching the final of the 2015 series.

Read more: Is Strictly judge Motsi Mabuse married – and can she dance like Oti?

“He’s smitten and I’m the same. We trust each other.

“We fell in love as friends before anything happened.”

In November 2017, she fuelled dating rumours when she posted a video of the pair dancing to social media.

She captioned it: “@pernicegiovann1 you are my man,” alongside a winking face emoji.

However, Giovanni was quick to dismiss the rumours as he tweeted: “Another day another lady!!! So funny to read!! Who will be next!!”

Giovanni met girlfriend Ashley Roberts in 2018, when she signed up to compete in Strictly.

They weren’t partnered – he was with Faye Tozer and she was with Pasha Kovalev.

But sparks clearly flew behind the scenes.

They confirmed their romance at the end of the year, before embarking on the Strictly tour.

Ashley admitted: “Yes we are seeing each other. And now the show is done we can spend a bit more time together. We’re getting to know each other, and it’s nice.”

However, that also wasn’t to be, with the couple announcing their split in January 2020.

Love is in the air for Gio and Maura

They confirmed their romance by going Instagram official with cute matching posts in July.

“You’re mine,” Gio captioned the loved-up post, while Maura posted one on her timeline that read: “I’m yours.”

However, we can’t help but wonder just how Maura will feel should Gio be partnered with ex-Corrie star Katie McGlynn in this year’s series.

Katie was linked to Gio back in 2017, shortly after his split from her Corrie co-star Georgia May Foote.

At the time, Katie played down rumours of a romance, admitting: “They were trying to make it look like I was trying to have her boyfriend and I really wasn’t, even though they weren’t together any more, just because he’d dated another Corrie actress at some point.

“I was quite upset about it because I’d not done anything. It was blown up out of all proportion.”

However, eagle-eyed Strictly fans have apparently noticed that Katie has followed all the pro dancers on social media – except Giovanni.

The celebrities usually get allocated their partners in September, with viewers finding out who is with who in the live launch show.

So what really happened with Giovanni and Ranvir?

As viewers of last year’s Strictly Come Dancing will know, Giovanni and Ranvir were partnered and shared such brilliant chemistry that even the judges questioned their relationship status.

However, despite several flirty glances, comments on social media and raunchy dance routines, Gio admitted that he didn’t fancy Ranvir.

And she appeared to give his new romance her blessing when she liked a picture of his new flame Maura.