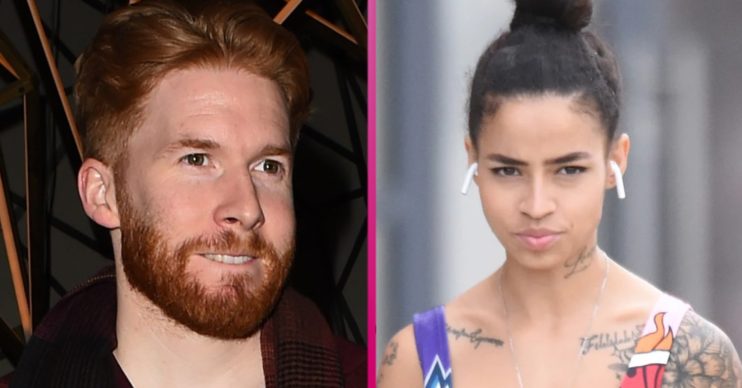 Strictly Come Dancing pro Neil Jones‘ girlfriend cheated on him with a female Spanish student, a report has claimed.

The Sun alleges 23-year-old Luisa Eusse invited Daniela Becerra, 20, back to Neil’s north London home after a night out.

The tabloid also details Luisa drove them to his apartment in the Strictly star’s Tesla sports car.

And Daniela is quoted as telling a friend she was “shocked” when Luisa later referred to Neil as her ‘husband’.

The newspaper claimed Daniela said: “Afterwards, in bed, she told me she had actually dated a girl for two years. But she was now dating some new guy.

“Then she told me they were married. I was a bit shocked because I had no idea.

Marriage rumours were previously sparked last month after Luisa referred to Neil as her hubby in an Instagram post.

According to the tabloid, Luisa and Daniela were seen kissing in a London nightclub after meeting through mutual friends.

It is reported Luisa chose Daniela as her ‘forfeit’ during a game of spin the bottle and the pair flirted throughout the evening.

However, Daniela went on from the club with Luisa on the understanding her friends could also come along.

Once at Neil’s home, they all apparently listened to music until Lusia allegedly whispered to Daniela about going into the bedroom.

The report also claims they were alone together in the bedroom for an hour before everyone left around 6am.

Daniela also allegedly told her friends she had ‘no idea’ who Neil is.

However, The Sun also quotes Daniela as saying “no thank you” when it approached her for comment about the alleged late August encounter.

A source close to Neil apparently told The Sun: “He has met Daniela and knows her.

“He was in touch with Luisa while in the Strictly bubble, and knew of her night out.

“He was aware of Luisa inviting friends back to his flat. As far as he is concerned, Daniela and Luisa are just good friends. He trusts that nothing happened.”

ED! has approached a representative for Neil for comment.

Neil, 38, separated from wife Katya Jones last August. He was recently ‘demoted’ to a backing dancer on the show.