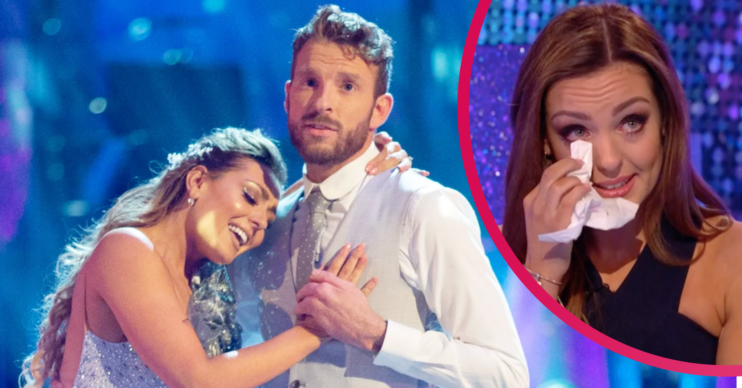 The pair were eliminated from Strictly last night

The pair were booted from the BBC reality series last night after battling it out against Jamie Laing and Karen Hauer in the dance-off.

She described JJ as an “inspiration” whilst competing in the show.

Alongside a snap from the night, Amy said: “My lovely partner! I’ve honestly had the best time! Every single day leaving with a smile on my face but most importantly so proud of you and honoured to have been your partner to share this beautiful journey with!

“You have taught me so much which I will remember forever!

“What you produced on that dance floor should have been impossible, you pushed boundaries and challenged yourself which inspired me and the nation and no one can take that away from you! Thank you from the bottom of my heart.

Fans rushed to comment on Amy’s post, with one saying: “I’m so gutted you’ve gone. I’m crying buckets and in years of watching Strictly I don’t think I’ve ever been so affected by people leaving!”

A second viewer wrote: “In tears. You two are huge inspiration. Loved watching you.”

A third said: “Could not be prouder of you both! I’m heartbroken for you two but you smashed it. Love you forever.”

Another gushed: “JJ is a true inspiration. Hate to you see you both go !!! A match made in heaven.”

What happened on Strictly?

The star and Amy performed a Charleston for Musicals Week, which received a total of 20 points out of 30 from the judges.

Head judge Shirley told him: “What a way to open the show with that iconic Chitty Chitty Bang Bang, my heart was just going with the whole thing.”