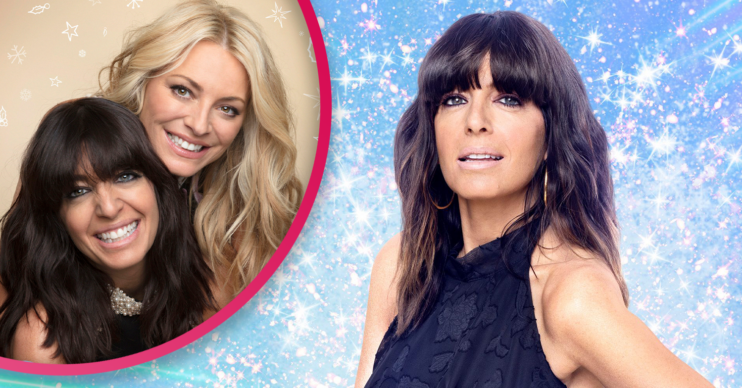 Strictly Come Dancing presenters: How is Claudia Winkleman’s daughter now? Is she related to the royals?

Little Matilda was seriously injured in a Halloween accident

Strictly Come Dancing presenters Claudia Winkleman and Tess Daly will soon be back to front the BBC dance show and we can’t wait for the sequins and sparkle to begin.

The contestants have all but been announced, but the real stars of the show are the ladies at the helm.

So what do we know about Claude’s life away from the cameras?

And is she really related to royalty?

Read on for all you need to know and more…

Claudia has been part of the Strictly family since it started in 2004, but she didn’t migrate from It Takes Two to the main show till 2010.

Then, Claude left the spin-off show in the hands of Zoe Ball and headed over to BBC One for the Sunday night results show.

Read more: Strictly Come Dancing star Dan Walker: Is he married? What is his net worth?

When Sir Bruce Forsyth left in 2013, Claudia was the obvious choice to join Tess as presenter of the main Saturday night show.

Back in the 1990s, when Strictly was just a twinkle in the BBC’s eye, Claudia’s big break came when she appeared on travel series Holiday.

She moved onto This Morning, where she interviewed various celebrities as a roving reporter, before radio, more TV and journalism came calling.

Is Claudia Winkleman married and does she have kids?

Strictly Come Dancing presenters: Why did Claudia almost step down?

Last year, Claudia admitted that she called Strictly bosses in tears and threatened to leave the show over the prospect of the first show clashing with her eldest heading off to university.

“I phoned the boss of Strictly quite dramatically and said, through tears: ‘Sarah I love you. I don’t want to leave Strictly and Tess and I have agreed we will leave together when they’re done with us. But if the first show is September 13, I’m out and you’ll have to go with somebody else,'” she said.

The mother-of-three added: “And there was a beat. And she said: ‘Quite dramatic. We don’t start that week.’

“I was like: ‘Alright. I have to go and put up his posters.’

“It’s not that I love him more than others love their kids, but this is something parents have to go through,” she said.

What happened to Claudia’s daughter?

Something no parent wants to go through is one of their kids having an accident.

And, back in October 2014, Claudia endured just that after Matilda, then eight, was rushed to hospital.

The tot suffered serious injuries after her Halloween costume caught fire when she brushed against a candle.

Claudia missed three weeks of Strictly as she nursed Matilda back to health.

But the Strictly host took a long time to recover from the accident herself, suffering years of intense flashbacks to the incident.

Matilda suffered severe burns to her legs and neighbour Jamie Poulton was left with second degree burns after trying to extinguish the blaze with his bare hands.

Claudia was so traumatised she needed help from her close pal, adolescent and child clinical psychologist Tanya Byron.

Speaking to Tanya on their How Did We Get Here? podcast, the Strictly host said: “You helped me with flashbacks.

“I had flashbacks of when my daughter had an accident and they come at you like a bull.

“Like a tsunami, it’s so enormous you think you’re going to drown. So you have to shove it to one side.”

The government didn’t “shove it to one side”, though.

Instead, as a result of the accident, it tightened the flame-retardant standards of Halloween costumes.

So is Claudia related to royalty?

Yes indeed she is.

Claudia has a half-sister from her father’s second marriage called Sophie.

Actress Sophie is married to Lord Frederick Windsor, who is the son of Prince and Princess Michael of Kent.

For those not too familiar with the royal family tree, Prince Michael is the Queen’s first cousin.

His father was a younger brother of the late King George VI, the father of the Queen.

Head to our Facebook page @EntertainmentDailyFix and tell us if you’re looking forward to having Strictly back.