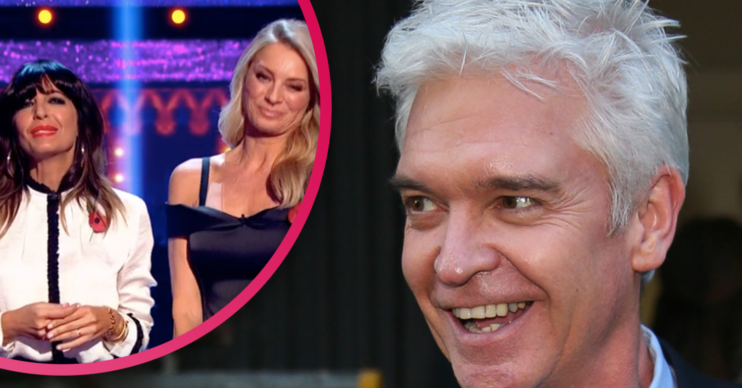 Strictly Come Dancing: Phillip Schofield ‘in talks to be in first ever same-sex couple’

Strictly will be back later this year, but will Phillip be on it?

Strictly Come Dancing is eyeing Phillip Schofield for one half of the first same-sex couple this year.

The show is set to air later in 2020, with talks currently happening over who will be taking part.

BBC bosses are apparently pushing for Phillip to form the first same-sex couple after he came out as gay in February.

This wouldn’t be the first time a same-sex couple had competed in a popular show.

Dancing On Ice host Phillip watched two men dance together on the show earlier this year, and asked Strictly to follow suit.

He hopes the more it happens, the less of a big deal it will seem.

He said: “What’s lovely about same-sex couples is that it’s a big deal this year and then, whether Strictly or whoever does it next year, it won’t be such a big deal.”

Whether Philip will be on the Strictly dance floor has not been confirmed. A show insider told Daily Star: “Top-secret talks have been happening for a few weeks and an offer has been made.

“The hope is Phillip would dance with another man. If it happens it would be a beautiful and important moment both for him and for the show.”

If Phillip said yes to lacing up his dancing shoes, he’d be in good company. A string of his This Morning family have starred on Strictly in the past including Alison Hammond, Ruth Langsford and Ranj Singh. No winners though, so could Phillip be the first to lift the trophy?

Read more: Katie Price DENIES being engaged as she cuts exes out of her life

When does Strictly Come Dancing 2020 start?

Rehearsals for the new series are due to kick-off at the end of the summer. The show will then air in late October, and preparation has already been made to keep rehearsals safe.