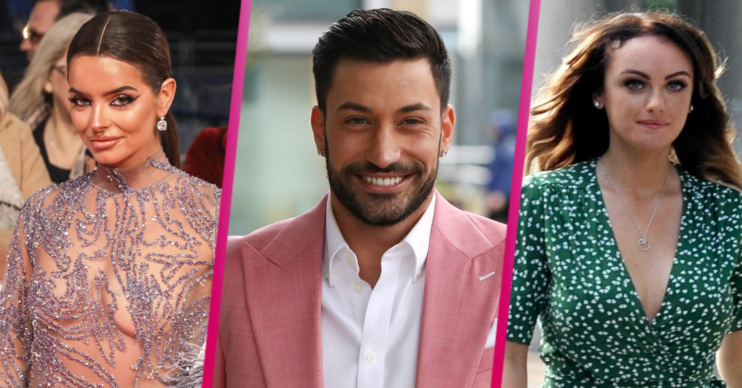 She's reportedly been worried about the Strictly curse

Maura has been dating the show’s Italian stallion Giovanni Pernice for the past few months, with the pair going Instagram official in July.

Of course, he is one of 18 professional dancers lined up for Strictly this year – and his rumoured ex Katie is one of the 15 confirmed contestants.

Maura reportedly warned Giovanni, who has a reputation as a bit of a ladies man, to “be respectful” ahead of the new series.

Read more: Anton Du Beke shares adorable picture of himself with his twins

The pair were romantically linked back in 2017 – and Maura was said to be “apprehensive” over the potential partnership.

She would reportedly be devastated if their fledgling romance fell foul of the Strictly curse.

‘Giovanni is a notorious flirt’

A source told New!: “Strictly couples are always close as they have to dance so intimately, but Giovanni is also a notorious flirt.

“He’s told her getting close and dancing intimately is part and parcel of the show. But she’s told him he just needs to be respectful to her. Dancing is one thing, but he needs to be aware of his behaviour and make sure people know she’s his girlfriend.”

The source also added: “She knows rumours could swirl about the Strictly curse striking – and she knows viewers will be keeping a close eye on Giovanni and Katie’s chemistry and how close they seem.”

Katie McGynn no threat to Giovanni and Maura

But Maura needn’t worry on the Katie front.

She told The Sun: “Giovanni is a really nice guy but I don’t really know him. We’re on perfectly good terms but Maura has nothing to worry about.

“I would never get involved with anyone that had a girlfriend. If someone has a partner, they are completely off-limits.

“I never want to be that person. The amount of heartache the other person would be going through — it’s just really not nice and I’m not about that.”

Who has Giovanni dated before?

In Maura’s defence, Giovanni does have history of hooking up with the lovely ladies who sign up for Strictly Come Dancing.

He dated actress Georgia May Foote, who he was partnered with in 2015, and Ashley Roberts, who danced with Pasha Kovalev in 2018.

He was also plagued by romance rumours with Ranvir Singh, which he shut down towards the end of the series.