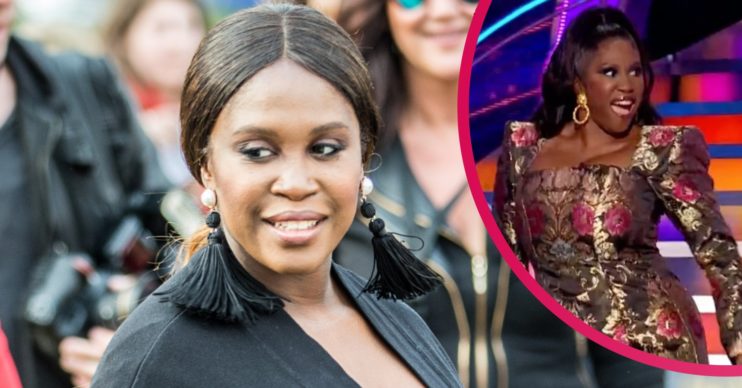 The Strictly judge hasn't ruled out reducing her DD cups

The 39-year-old professional dancer recently opened up on her DD cups, admitting she hasn’t ruled out the procedure following the advice from a friend.

Meanwhile, sister and Strictly pro Oti is a 28GG, with Motsi saying it hasn’t been easy for the pair.

Speaking to MailOnline, the BBC star said: “No no no, [having large breasts] has not been an advantage for us. Not at all.

“We already look different with our skin colour and our bodies are completely different. We stand out enough already.”

I just think that you need to be comfortable

Motsi went on to reveal a close pal called her own reduction “the best thing she’s ever done”.

She added: “Let’s talk in a year! I just think that you need to be comfortable. That’s the most important thing. If you don’t feel comfortable, change it. It’s your body. You need to be happy.”

Despite some consideration, Motsi went on to say that some people “would kill” for big boobs like hers.

Oti, 30, previously revealed she was also debating a breast reduction.

The professional dancer told Fabulous magazine: “I did look completely different in terms of my chest, my stomach, my bum and my hips.

“I did once think about a reduction because big boobs or even wearing the wrong bra would cause me back ache, neck strains and lower back problems.”

Oti continued: “I’ve spoken to a lot of women who have had breast augmentations and it makes them genuinely feel good. We all should have that right and be entitled to do things that make us feel good.”

The South African dancer issued a final message that urged fans to follow her ‘strictlykindness’ hashtag earlier this week.

It comes after viewers accused the much-loved star of being “drunk” on the BBC reality series.