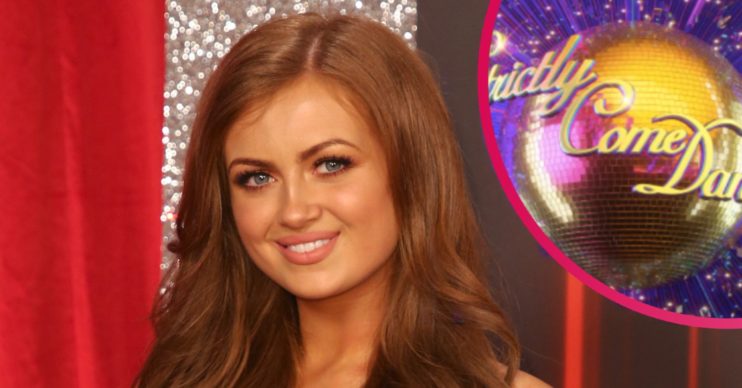 Maisie Smith is reportedly hot in demand on this year's Strictly

The EastEnders actress, 19, is already a bookies favourite to win the 2020 series.

As a result, Strictly male pros are all queuing up to be partnered with the star.

Maisie originally played Tiffany Butcher on EastEnders from 2008 to 2014.

And she even won the Strictly special for Children in Need last year.

She was partnered with Kevin Clifton, who announced his departure from the show this March.

But a source told The Sun that Neil Jones, Giovanni Pernice and Aljaz Skorjanec are all keen to dance with Maisie.

The soap actress has a huge social media following

The source said: “All the male pros really want to partner with her, not just because she’s young and fit, but she’s also proven herself to be a brilliant dancer.

“She has a massive fan following, which often ensures contestants get far in the competition.”

And she’s hugely popular on social media – with over 700,000 followers on Instagram. And an incredible 1.7 million followers on TikTok.

Earlier this month, Emmerdale actress Lisa Riley said she was ‘praying’ that Maisie would be partnered up with Giovanni.

Meanwhile, Kevin has gushed over how much he enjoyed dancing with Maisie on Children in Need.

Speaking on his podcast, The Kevin Clifton Show, he described Maisie as ‘sensational’ to work with.

He said: “It was an EastEnders special and I was partnered with Maisie and she was sensational.

“For anyone who watched the Children In Need special last year, will know that Maisie can really dance.”

Kevin continued: “Usually it’s a case of you show them a bit of choreography, take a few days to sort of put a routine together.

“I had no idea how she was going to take to it.

“I was literally bashing out choreography and she was doing it straight away.”