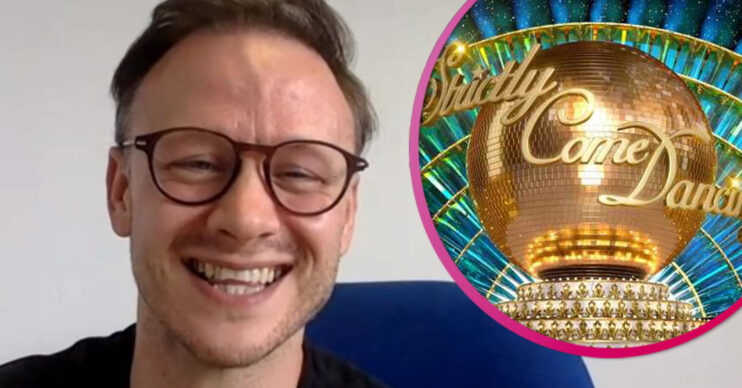 Former Strictly Come Dancing pro Kevin Clifton has hinted at a return to the show – but not as a dancer.

Kevin, 38, appeared on Monday’s Loose Women to discuss his new theatre show, Singin’ in the Rain.

But he was asked about his fellow pro dancer Anton Du Beke joining this year’s series as a judge and admitted he would take on the role himself!

What did Kevin Clifton say about Strictly?

Kaye Adams said: “Anton’s got that judging seat for a wee while but he might just be keeping it warm for you Kevin?”

Kevin replied: “Hey, if he wants to move aside or any of the others want to move aside at any point, I will happily be a judge on Strictly Come Dancing.”

Kaye said: “Well, we’ve got that on tape Kevin!”

Kevin added: “Maybe Stacey [Dooley] can manifest it for me.”

When did Kevin leave the show?

At the time, the dancer said: “I am grateful to the BBC and Strictly Come Dancing for giving me the opportunity to have been a part of something truly special.

“I have experienced the highs of five finals, winning a Guinness World record on It Takes Two, the Strictly arena tour Glitterball and then the ultimate of winning the 2018 series with Stacey Dooley.

“The whole team behind the scenes have always made the Strictly family what it is and the lovliest show to work for.”

Meanwhile, in November 2020, Kevin admitted he would “never say never” to returning to Strictly.

Speaking on his podcast, the star said: “Who knows if I’ll go back to Strictly, never say never. I think if I’ve learned anything it’s you never close the door.

“You just don’t know how things are going to go. I thought I was going to be on stage all year and all of a sudden that’s not happening any more.”

The new series of Strictly Come Dancing will air on BBC One this autumn.