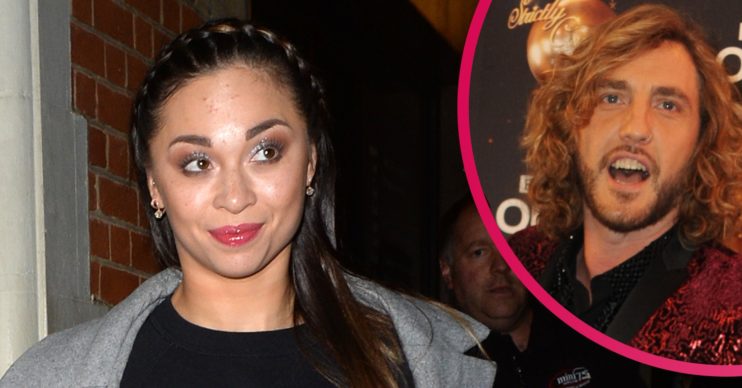 The professional dancer says it 'doesn't affect' her.

The pro dancer hit the headlines in 2018 when she was snapped snogging Seann during a night out.

Katya was married to fellow Strictly professional Neil Jones at the time and was partnered with Seann on Strictly.

But in a new interview with The Sun, Katya said: “There aren’t any regrets because that’s not how I like to lead my life.

Katya then went on to confirm that she and ex-husband Neil “have never been so close”.

In the aftermath of the kissing scandal, Katya and Seann both made a public apology.

The funnyman was also in a relationship at the time, with long-term girlfriend Rebecca Humphries.

During a very awkward appearance on spin-off show It Takes Two, Katya said: “I can’t apologise enough to everyone who it hurt.

“The main thing for me is, me and Neil are absolutely fine. That’s what matters to me the most right now.”

Katya and Neil went on to split in August 2019.

Rebecca, amid her split with Seann, released a statement and revealed the illicit smooch had happened on her birthday.

“Those pictures were taken on October 3,” she said at the time. “It was my birthday.

I’m not sorry I took the cat though

“I was alone at home when Seann texted at 10pm saying the two of them were going for one innocent drink.”

Rebecca finished off her lengthy statement, saying: “Despite everything, I hope he gets what he wants from this.

“I’m not sorry I took the cat though.”

Meanwhile, Katya is set to make her return to this year’s Strictly after she was forced to bow out.

The dancer had been partnered with boxer Nicola Adams in the first ever same-sex pairing.

But the pair had to quit after Katya tested positive for coronavirus.

Next week during the series final, however, Katya and Nicola will return for a special one-off performance.

The duo are delighted to have been invited back, with Katya saying they need “closure”.