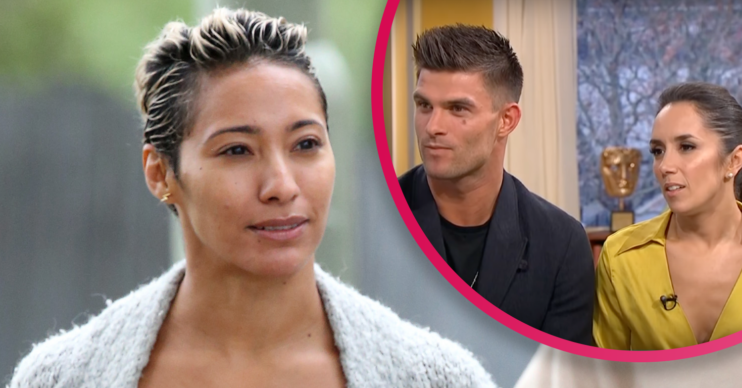 However, one former star of the BBC dance show wasn’t on the guest list.

And now the reasons behind his absence on his pal’s big day have been revealed.

Karen tied the knot with partner Jordan Wyn-Jones – a ceremony that was covered by Hello! magazine.

The Strictly pro, who was previously married to Kevin Clifton, described the day as a “fairy tale”.

Janette Manrara was there to enjoy the celebrations, while Luba Mushtuk acted as one of Karen’s bridesmaids.

Read more: Is Alex Scott single after being linked to Coronation Street star?

However, Janette was flying solo on the day, with husband Aljaz Skorjanec missing from the guest list.

She told the magazine why he couldn’t attend and how he was “gutted” to miss it.

Janette first reflected on the wedding and Karen’s happiness.

She said: “It’s priceless to see your friends happy.”

Janette then opened up about why her handsome hubby couldn’t attend the nuptials with her.

And, without giving away what he’s been working on, Janette revealed that work commitments kept Aljaz away from the celebrations.

“Aljaz is gutted but he adores Karen and he’s here in spirit,” she said.

Aljaz is gutted but he adores Karen and he’s here in spirit.

Janette shared a picture of herself, Karen and Luba on her pal’s big day to Instagram.

She revealed: “Happy to have shared such a special day. Love you always @karenhauer.”

What are Aljaz and Janette doing now?

Of course, both Janette and Aljaz have now left Strictly Come Dancing, where they started out on British TV as professional dancers.

After stepping back from the show, Aljaz went on tour with Janette, with the pair performing their Remembering the Oscars tour to packed crowds up and down the UK.

He’s also been enjoying his downtime with Janette.

The pair have headed off on sunshine holidays and they’ve spent time visiting their families, too.