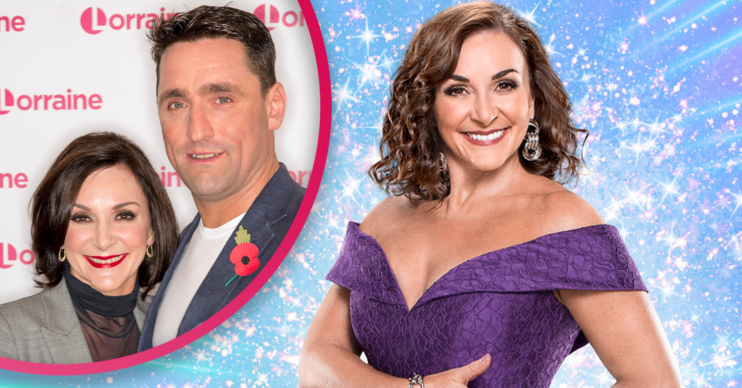 Strictly Come Dancing judges: How old is Shirley Ballas? Is marriage to boyfriend Danny on the cards?

The couple met while appearing together in pantomime

Shirley Ballas and her fellow judges are doubtless gearing up for the start of the new season of Strictly Come Dancing now that all 15 celebrity contestants have been announced.

But what do we know about Shirley – and her hunky younger man – away from the glitz and glamour of the ballroom?

Read on for all you’ve ever needed to know about the lovely Shirley.

She was born in Wallasey and raised alongside brother David with single mother Audrey after the kids’ father left when Shirley was two.

She started dancing at the tender age of seven and, the following year, began performing competitively.

How did Shirley rise to fame?

At the age of 15, Shirley moved to North Yorkshire to compete with British ballroom champion Nigel Tiffany.

They got engaged and moved to London when Shirley was 16.

However, she was then encouraged to try out to be dancer Sammy Stopford’s partner.

They fell in love and got married and went on to become one of the fastest rising couples in ballroom dance.

Shirley and Sammy danced together from when Shirley was 18 till she was 23 and, together, they won all the major titles worldwide.

However, their union wasn’t to be and their marriage ended in divorce in 1984, after she met second husband Corky Ballas.

Corky and Shirley competed together and and won their first professional Latin title in 1984.

They went on to win the title for the next eight years.

In 1985, they tied the knot, and welcomed son Mark the following year.

The couple – who moved to Texas to compete – stayed together till 2007, when they divorced.

Shirley Ballas and boyfriend Danny: Is marriage on the cards?

The lovely Shirley has said that she’s met “the one” in boyfriend Daniel Taylor, 48.

They met and became friends after appearing together in Jack and the Beanstalk over Christmas 2018.

Speaking about her romance on Loose Women, Shirley has admitted: “We met on panto as friends. It didn’t really take off until March… for him.

“I fell in love way before… I think for me it was first sight,” she said.

Shirley added: “He was going through a difficult time in his relationship.

“We did become friends and then probably in about February I said: ‘I love you Danny,’ and he said: ‘I know.’ It took a while,” she added.

Asked recently if they will marry, twice-wed Shirley admitted she’s left the ball firmly in her boyfriend’s court.

However, she would consider a 2021 engagement, so it could be a case of watch this space.

Danny – a respected theatre actor – has a young son, Sonny, with actress Sharon Byatt, who he regularly posts pictures of to Instagram.

Shirley also has one son and he has followed in his mother’s dancing footsteps.

Professional ballroom dancer Mark Ballas was born to Shirley and Corky in 1986.

Mark is a professional dancer on Dancing With the Stars – the American equivalent of Strictly Come Dancing.

He’s been teamed with the likes of Shannon Doherty and Kim Kardashian, and Shirley has even appeared on the show giving masterclasses.