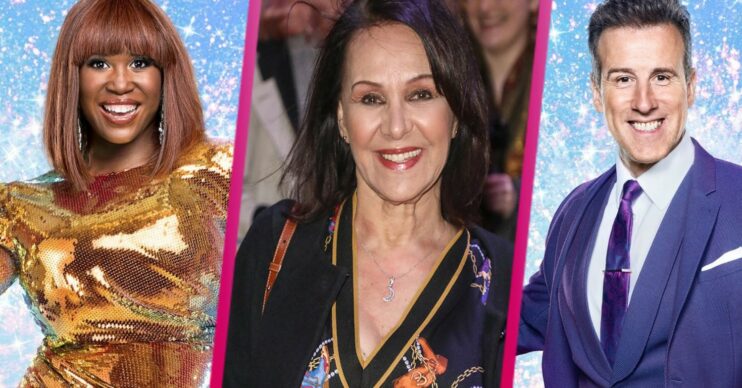 Strictly Come Dancing judges: Every star – past and present – to have been on the judging panel

Shirley, Alesha and Darcey – all the gang's here!

Strictly Come Dancing started in 2004, and there’s been an array of judges on the panel between then and the upcoming 2021 series.

The BBC One show became a huge hit – and much of that was due to the chemistry between the stars handing out the crucial scores.

But as the celebrities for the 2021 series are announced, just who are the judges for Strictly Cone Dancing 2021, and who has been on the panel in the past?

Here’s a look back at every Strictly judge, working our way back from the most recent.

The beloved star, 60, has been dancing since she was just seven years old.

After decades of competing, Shirley stepped away from the dance floor in 1996 and instead became a judge for ballroom and Latin American competitions.

The BBC then snapped her up in 2017 to be on the Strictly panel, and the rest is history.

The professional dancer, 40, is the older sister of UK TV star Oti Mabuse – but can she dance like her?

She previously appearances on the German version of Strictly, first as a professional before later becoming a judge.

Motsi has also judged the German version of the Britain’s Got Talent franchise, Das Supertalent.

The 56-year-old judge is known for his mean streak on Strictly, and he’s the only judge to have been in every episode so far.

However, outside the show, Craig has also made a name for himself starring on The Masked Dancer.

He’s also recently bagged his own travel show with former judge Bruni Tonioli, which is currently airing on ITV.

Anton Du Beke, 55, had his first two-week stint on the panel in 2020 when he filled in for Motsi.

However, now the former Strictly professional is returning full-time and replacing Bruno Tonioli.

Anton was one of the longest-running professionals, but he never managed to snag the glitterball trophy. He came closest in 2019 when he placed second with EastEnders star Emma Barton.

The famously eccentric star was a favourite from the get-go, however, the COVID-19 pandemic brought an end to his reign.

After missing much of last year, Bruno is once again absent from the Strictly Come Dancing judging line-up this year.

He revealed recently that between the global pandemic and his contract with Dancing with the Stars in the US, he was unable to make it work.

However, it’s thought he could be returning as soon as 2022.

The former Strictly judge, 52, was a part of the show for seven seasons.

However, in early 2019 she decided to leave the competition.

Dame Darcey said at the time that she was “not leaving because of any upset or disagreement”, but to focus on “other commitments”.

She added: “It has been a complete privilege for me to be part of Strictly, working with such a talented team.”

Britain’s Got Talent star Alesha was hired as a judge following a successful stint as a competitor in 2007.

The BBC’s decision to put her on the panel proved controversial considering her lack of professional training.

She remained for three years, before leaving in 2012 to become one of the judges on ITV’s Britain’s Got Talent.

She was replaced by former champion Alesha and was very vocal about not being happy about it.

Arlene‘s held a grudge ever since, and over a decade later she launched an investigation to find out why she was axed.

The TV star previously made allegations that her firing was related to her age.

The 73-year-old former ballroom dancer stepped down after 12 years on the show.

He had been the head judge since the BBC series began in 2004.

However, now in his seventies, Len said he wanted to spend his final years enjoying his life and not working.

Visit our Facebook page @EntertainmentDailyFix and tell us who you want to see on the show this year.