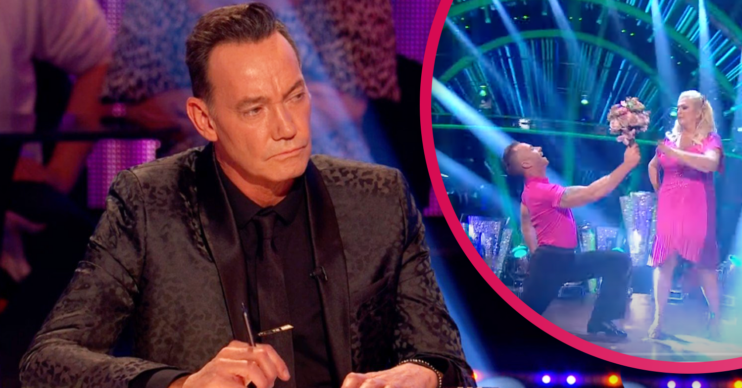 Strictly Come Dancing is back on our telly boxes and we really couldn’t be happier – 2021 is saved!

Not just because we love seeing bejewelled celebs being swept across the dancefloor by the expert pros. But because we hang off every word that comes out of sassy judge Craig Revel Horwood’s gob.

You know, those perfectly sharp putdowns he spits that leave us wincing. Oh yes, they are truly wonderous.

But Craig has admitted that playing Mr Nasty is a job he does on behalf us, the viewers, at home.

“I am only critical when the dance is terrible,” he’s said.

“I’m speaking for the nation because they don’t get a voice. Apart from on Twitter, of course, where they’re far too vocal.

“There’s a part of the British population that likes to see people being humiliated.”

Some Strictly viewers have noticed that Craig has become a little softer this series.

Stats last year showed the fiery fella had actually been a lot kinder during the 2020 series compared to the previous years.

Read more: Brendan Cole denies claims he and Craig Revel Horwood ‘don’t like each other’

Last year, the average amount of encouraging feedback he gave celebs more than doubled and his marks increased by one.

And it looks like he’s doing the same this year.

What has Craig said about the Strictly 2021 cast?

During his critique in week two of gorgeous Adam Peaty, for example, he made it quite clear what he thought.

“The frame wasn’t great. There was a lot of gapping. There were timing issues throughout.”

However, he added: “But the characterisation was excellent.”

In week one, even though he gave Ugo Monye just three points for his samba, he praised him for bringing the carnival to the floor.

So is our Craig softening with age? Or is it something else?

For those of us missing Craig’s acidic tongue, let’s take a step back in time to relive some of those wonderfully wicked comments he hurled at celebs that had us hooting away…

Craig told her: “You had a bizarre vacant look on your face like someone who has just been lobotomised.”

Is that any way to talk to a well-respected lady like Judy Murray, Craig?! 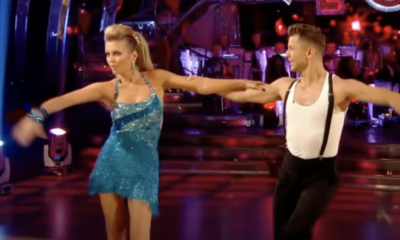 Countdown star Rachel Riley may have a good head for figures, but Craig thought she has the dance moves of a garden creepy crawly.

He told her: “I thought you were wriggling around like a slug in salt actually.”

She was eliminated in week six of the 2013 series, waltzing off with the better prize – dance partner Pasha Kovalev.

Snooker maestro Willie Thorne may be able to pot the pink and browns, but he just couldn’t appear to impress our mighty Craig!

He told him: “Posture – hunching over Erin like a walrus isn’t a tango sadly.”

We’re sure Craig could have ben nicer in attempting to encourage Scott Mills to stay hidden away on the radio!

“You’re an exception to the rule that anyone can learn to dance. I was worried for health and safety when you ran around like a banshee,” he told him.

He quipped: “She’s like a giraffe. I thought she’d be okay having done catwalks but she’s gangly.”

Craig didn’t hold back when he told Vanessa Feltz about her lumpy routine with pro partner James Jordan.

“James will be praying for some kind of miracle or divine intervention,” he said.

Craig’s sassy critique made it very hard for M People’s Heather Small to keep movin’ on up that scoreboard.

He told her: “Lifeless, lacklustre, laboured – the only good thing about that for me was the end.”

We reckon veteran broadcaster Esther Rantzen was able to take Craig’s critique in her stride.

Poor Johnny Ball got the rough side of Craig’s sharp tongue.

“It looked like you had a disorder, darling, of the central nervous system. There were jolts and jerky spasms all the way through,” he told him.

“One of the worst. I think the last time I gave someone a one was nine years ago,” he said.

“So she’s broken my silence on my vow of never giving anyone a one.”

Made In Cheslea star Jamie Laing was given a roasting with a rather nice pat on the back at the same time.

“The ballroom bit was really bad, your bottom was sticking out, you were creeping around like the Grinch, there was gapping all over the place.

“But all that said, I absolutely loved the opening section, the syncopation, I loved the Fred Astaire lines, it was difficult but some of it was brilliant!” he added.

It’s safe to say Ann really wasn’t Craig’s favourite dancer if this little lot is anything to go by.

“It was all a bit local authority, dahhhling!” he quipped.

“It was more like the dancing hippos,” was another putdown.

“There is not one word that can describe what 10 million have just witnessed,” Craig declared.

“I was getting extremely concerned for Anton’s health and safety when you started getting those kicks out,” he said as the digs kept on coming.

Craig had many, many things to say to Ann, but the feisty politician always gave Craig as good as she got!