Johannes Radebe felt "liberated" when he danced with Graziano Di Prima on Strictly Come Dancing at the weekend.

The 32-year-old professional dancer felt honoured to perform with his best friend in the show's first all-male routine and it made him feel truly "accepted". 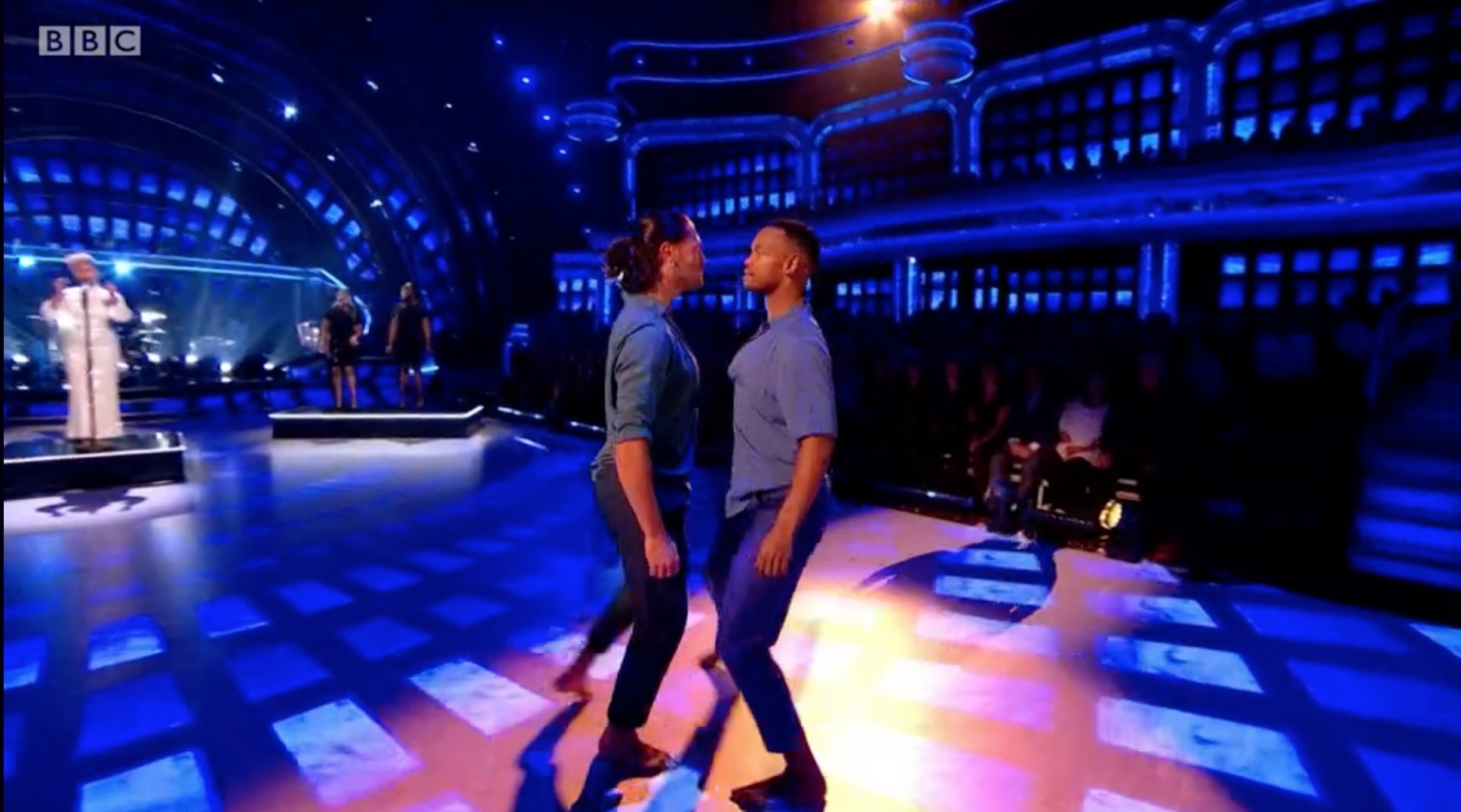 Read more: Strictly's Oti Mabuse hits back at claims Shirley Ballas made her cry on show

He told HELLO! magazine: "I've never felt so liberated. For the first time in my life, I feel accepted for who I am.

Aunty Cath, as I call her, has been supportive of me from the start.

"That says so much about the people of this country. To be able to dance with a friend I respect and adore is joyous.

"There's bromance galore between us, but there were no male and female roles, just free movement. It was beautiful, classy and elegant."

And the Latin champion admitted being teamed with former Coronation Street star Catherine Tyldesley on the show had helped with his confidence.

He said: "Aunty Cath, as I call her, has been supportive of me from the start.

"It was my first time to be paired with a dance partner and I didn't want to fail her. That was my biggest fear. I wanted to make sure I gave her the best experience of her life. "But I was so lucky to be paired up with the UK's sweetheart. She was on Team Johannes from day one. She made me believe in myself more.

"All of a sudden it was like, just be who you are; don't worry about anything.

"It's so lovely to be embraced for who I am, to not have to hold back."

Though the pair were voted off the show last week, they have vowed to be "friends for life".

Catherine said: "We just clicked from the start. As well as being a wonderful teacher, he has the most genuine beautiful soul.

"He's kind, honest and giving with everyone he meets and I trust him implicitly. I tell him stuff I wouldn't tell most people. We're friends for life and I feel so grateful to have found him."