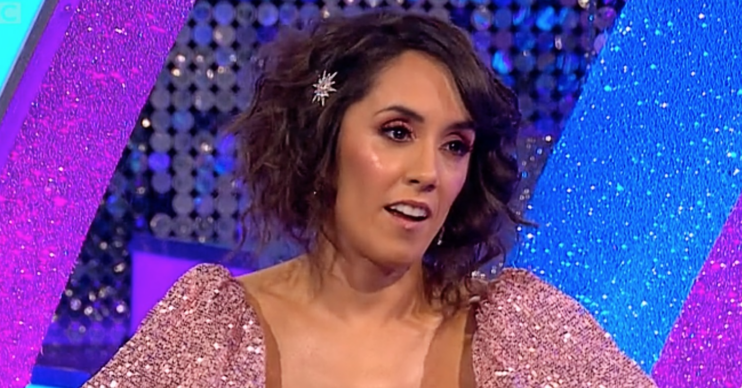 And the change is sure to leave fans of Strictly – which is only days ahead of the final – delighted.

But at the end of the show, she made an announcement about tonight’s show.

“I’ll be reunited with Rylan tomorrow at the earlier time of 6pm for an hour,” she said.

“Lots of special guests, we’re going to be at Elstree… so make sure you tune in all the way from Elstree.

“We’ll be joined by three finalists, and some of the eliminated (contestants).”

Who’s in the final?

With the final fast approaching, Janette teased interviews with finalists Rose Ayling-Ellis, AJ Odudu and John Whaite, as well as some of the returning contestants eliminated earlier in the series.

However, AJ Odudu’s status for the final is currently unknown.

Earlier on this week, the TV presenter sustained an injury – leaving her on crutches.

Judge Craig Revel Horwood said on GMB this week: “She thinks she’s going to be able to get through it

What else did Janette announce last night?

It wasn’t the only announcement Janette made last night.

Speaking with wardrobe maven, Vicky Gill, she said: “Shall we let them into a little secret?”

“So everybody, I will be dancing in the Strictly Come Dancing final. Get in!

“I begged and begged and they couldn’t turn me away. I’m really excited.”

And viewers were, too!