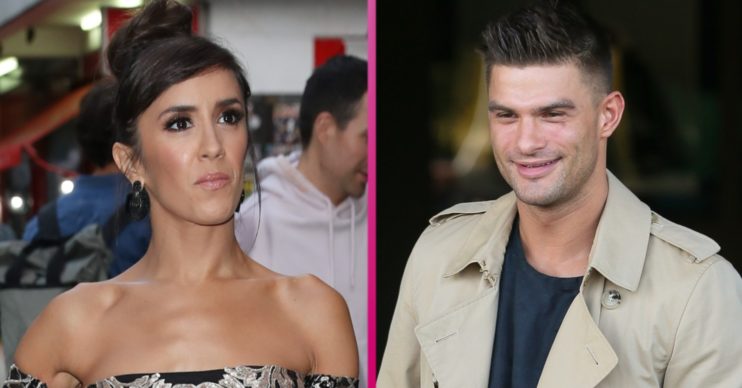 The married couple didn't have it easy during lockdown

Strictly Come Dancing couple Janette Manrara and Aljaz Skorjanec have opened up on their financial struggles.

Despite appearing on the BBC reality series in recent weeks, Janette revealed it hasn’t been easy for the married pair after their tours were cancelled during lockdown.

However, the 37-year-old professional dancer was determined to find the positives in the pandemic.

Speaking to Dr Ranj on his podcast Steths, Drugs & Rock ‘n’ Roll, Janette admitted: “Financially it was tough, we did lose three tours this year.”

She added: “I think emotionally and psychologically and physically for the two of us to have all this time at home, which was never possible because of the schedule we have.

Financially it was tough, we did lose three tours this year

“We’ve learned to live in our own home, which we never felt before.

Despite topping the leaderboard with partner HRVY this week, the series has been an emotional one for Janette.

Ahead of the show’s return, the star and her husband, 30, agreed to be kept separate in order to follow coronavirus rules.

The couple, who tied the knot in 2017, have spent little time away from each other throughout their relationship.

Janette explained: “I love it… no, I miss him terribly, but we’re doing what’s best for the show.”

Meanwhile, HRVY was recently forced to shut down “curse” rumours with Janette.

The 21-year-old singer told The Sun: “She’s helped me out a lot. She’s basically sorted my life, I can’t really look after myself.

“So there’s definitely no fear of the curse – plus her husband Aljaz is one good looking fella, so I don’t think he’d be threatened by me at all.”

Aljaz and his partner Clara Amfo were eliminated during week six of the competition.