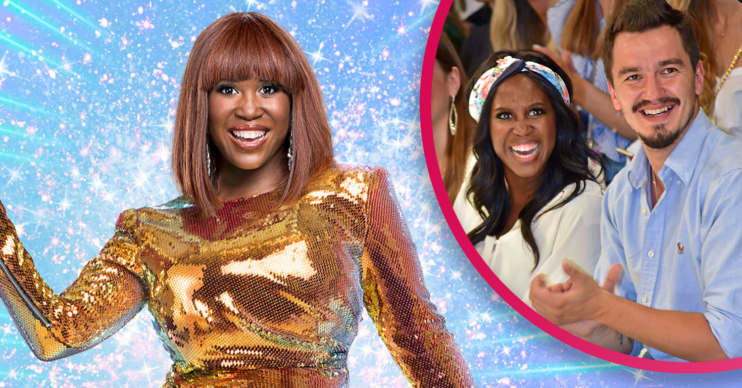 Strictly Come Dancing: Is Motsi Mabuse married with kids? Can she dance like sister Oti?

She's back on the judging panel for the third year

Strictly Come Dancing judge Motsi Mabuse will soon be back on our screens, judging this year’s hopefuls as they take to the BBC dance floor.

But what do we know about her life away from the cameras?

Is she married with kids? And does she have a dancing pedigree like her Strictly champion sister Oti?

All you need to know about the lovely Motsi is here…

Oh yes she can!

However, after heading to university, South African-born Motsi developed an interest in dance and, in 1998, she was the runner up in the national championships.

The following year she found her dance partner Timo Kulczak, who she quickly became involved with romantically, marrying him in 2003 when she was just 22.

As far as her TV career goes, Motsi first appeared on Let’s Dance, the German version of Strictly, as a professional dancer.

She eventually graduated to the show’s judging panel, before joining Craig and co on the panel of the UK version.

Motsi replaced Darcey Bussell as a judge, joining the show in its 17th series in 2019.

She’s back this year for her third year on the BBC dance show.

So is Motsi married with kids?

She is… But she can most certainly sympathise with the so-called Strictly curse because a similar thing happened to her.

Motsi married first husband Timo in 2003, but the pair divorced after 11 years of marriage in 2014.

The year before, Motsi had won the German Latin dance contest with Ukrainian dancer Evgenij Voznyuk.

In 2015, it was confirmed she was in a romantic relationship with Evgenij – and the couple married in 2017.

They welcomed a daughter the following year, but private Motsi hasn’t revealed many details about the tot, including her name.

Motsi and Evgenij run a dance school together in Germany, where she has been based for more than 20 years.

What has Motsi said about the Strictly curse?

Motsi and Evgenji retired from dancing in 2013.

However, after they stopped dancing together, Motsi has said they realised that they “wanted to do more than just dance together”.

She explained: “We stopped and it was then that we realised that we wanted to do more than just dance together.”

Admitting that she understands how romance can develop between dancing partners, Motsi confessed: “You know, if you work in this sort of world, adult things happen.

“Everyone goes for a drink and, whoops-a-daisy!”

What has Strictly Come Dancing star Motsi Mabuse said about her daughter?

While she hasn’t revealed the tot’s name, Motsi has revealed her hopes for her little girl’s future.

She’s also opened up on what kind of child she is – and she certainly sounds like a cutie!

“She is funny, cute, intelligent and keeps me busy the whole time!!” Motsi has revealed.

“How things have changed since I know who is watching. She is watching how I treat myself, how I treat others, how I let others treat me, how I love her dad, how he loves me.

“She is watching and I hope with all my heart she sees that she can do and be anything she wants.

“I hope with all my heart that I teach her to love herself for who she is. Yes things are slowly changing, but in a world that still tells little black girls wait, you are not enough, I want to be her example,” she said.