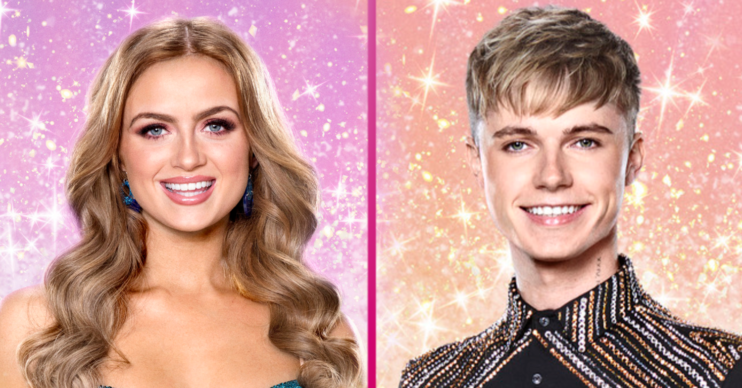 Could love be in the air for HRVY and Maisie Smith?

Strictly Come Dancing star HRVY has said that he’s “looking for love” and wants to have dinner with fellow contestant Maisie Smith.

Singer HRVY, 21, and Maisie, 19, have been flirting on the show, but have always vowed to keep their relationship strictly platonic during the series.

However, once the show ends, HRVY seems up for dating.

What did Strictly star HRVY say about Maisie Smith?

Speaking to The Sun newspaper, HRVY says that he’s been single for the past year.

Once the show finishes, he says: “I’ll be in my prime and ready. I’m sure at one point, when we can, Maisie and I will go out for dinner. I’m pretty sure she’s single too.

“I haven’t actually asked, but if we ever go for a meal, I’ll make sure I check first.

“Maisie’s an amazing girl, very beautiful, but for now I’m just going to concentrate on the dancing because I fancy getting to the final.”

What has Maisie said about HRVY?

He also told the newspaper that the dancing comes first. Then he’ll be looking for “love and fun”.

I have only seen him for a couple of hours a week so I am still enjoying getting to know him.

This is good news for Maisie, who described HRVY as a “beautiful guy”.

She previously told the same newspaper: “I have only seen him for a couple of hours a week so I am still enjoying getting to know him.

“I don’t know what would happen in the future, but for now we are getting along really well as friends.”

What will happen on tonight’s show?

When it comes to the dancing side of things, Maisie will have to up her game this weekend.

Despite strong performances, she landed in the bottom two on last weekend’s show (Saturday November 14).

Read more: Strictly Come Dancing: Motsi Mabuse reveals she would have voted against Maisie Smith in dance off

The shock vote caused her to “cry all night“, according to reports.

But things are looking up – an audience study concluded that Maisie is now number one when it comes to positive comments on social media.