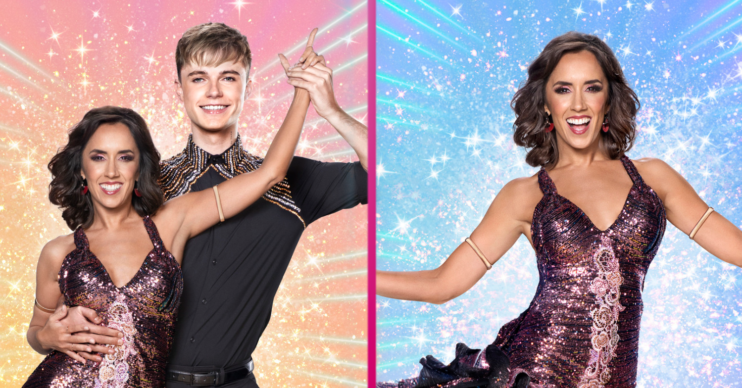 Aw, what a sweet relationship between HRVY and Janette

The so-called ‘curse’ has struck numerous dancers and pro dancers during the show’s 17 series.

But HRVY, 21, dismissed any rumours of a romance between himself and Janette.

What did Strictly star HRVY say about Janette Manrara?

HRVY and 37-year-old Janette have struck up a fabulous dance partnership on Strictly, consistently wowing judges and the audience at home alike.

But the singer was quick to dismiss any rumours of a romance between the two.

“Janette is actually like my mum, so it couldn’t be any further away from that,” he told The Sun newspaper.

“She’s helped me out a lot. She’s basically sorted my life, I can’t really look after myself.

“So there’s definitely no fear of the curse — plus her husband Aljaz is one good looking fella, so I don’t think he’d be threatened by me at all.”

Who is Janette Manrara married to?

HRVY also told the newspaper that Janette “brings him bagels, vitamins in the morning” and makes sure he’s “fed and watered”.

Janette is actually like my mum, so it couldn’t be any further away from that.

Last week, Janette responded to a fan video that compiled some of the couple’s most romantic moments together.

“Miss him… so much,” she said, followed by a heart emoji.

Earlier on in the week, she called him the “love of my life” on Instagram.

Is romance on the horizon for HRVY?

Rumours of a romance between the two have been brewing for weeks, but HRVY says he’ll wait until the end of the series to take things any further.