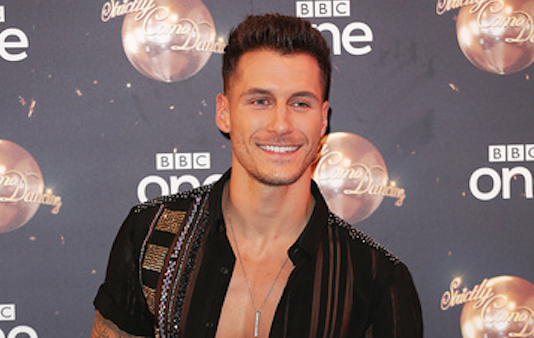 It wasn't his decision to have a lesser role...

Fans of Strictly Come Dancing are up in arms after show fave Gorka Marquez revealed he will not feature on the show alongside a celebrity partner this year.

The 28-year-old dancer – who was paired up with Katie Piper for the 2018 run – told followers on social media he will still be “heavily involved” in the group numbers.

In an upbeat message shared on Twitter and Instagram, the Spanish star added: “I’m excited to see this year’s celebs and my fellow professionals dance for the Glitter Ball and I hope to be back fighting for it next year.”

His announcement comes a day after fellow Strictly pro Graziano Di Prima also announced he won’t be in a featured spot when the BBC One dance show begins again next month.

For everybody that’s been asking, I can let you know that this series, I sadly won’t be partnered with a celebrity for the main series of Strictly. However, I will still be heavily involved in all of the group numbers and all things Strictly! I’m excited to see this year’s celebs and my fellow professionals dance for the Glitter Ball and I hope to be back fighting for it next year. As always, it’s gonna be a GREAT series.

Gorka’s real life partner Gemma Atkinson, mother of their daughter Mia, admitted the change in her man’s on-screen role had left her “sad”.

She noted on Instagram: “Sad to not be seeing Gorks partnered up and fighting it out for the Glitter Ball this year… ‘he’s my favourite’.”

However, mentioning her loyalty to her own former Strictly pro partner Aljaz Skorjanec, she joked: “And at least now I only have to vote for Aljaz and not the both of them.”

While both Gorka and Gemma were able to put a brave face on developments, the dancer’s supporters reacted furiously to the ‘demotion’ on social media.

Attempt 14 at getting a family pic ‍♂️ @glouiseatkinson

One person raged: “This is the stupidest decision @bbcstrictly have made in a long time! Gorka is by far one of the most popular male dancers and viewers will be fuming at this. I’m so disappointed and angry.”

Another peeved fan wrote: “Is this a JOKE this is absolutely ridiculous, terrible decision this why would @bbcstrictly decide to do this baffling to say the least.”

And another was just one of many to suggest they have been devastated by the decision: “Gutted for you but I cannot wait to see you shine in the group numbers, you were amazing last year and you’ll be the same this year.”

“GUTTED, I only watch it for you,” echoed another commenter.

So happy with our first Rehearsals in the @bbcstrictly studio. Tomorrow is the Big Day! @katiepiper_ Can’t wait TUNE IN at 6:30pm on BCC one #teamkorka

“Whaaaaat?? What a terrible decision! Gutted,” remarked another.

Another upset viewer suggested the time may be right for Gorka to focus on being a new dad.

“I’m gutted about this as Gorka obviously wanted to take part, he’s fantastic, but on the flip side I’m happy he’ll have more time to spend with Mia,” they said.

And another social media user agreed, tweeting: “At least you will have more time with your lovely new baby.”