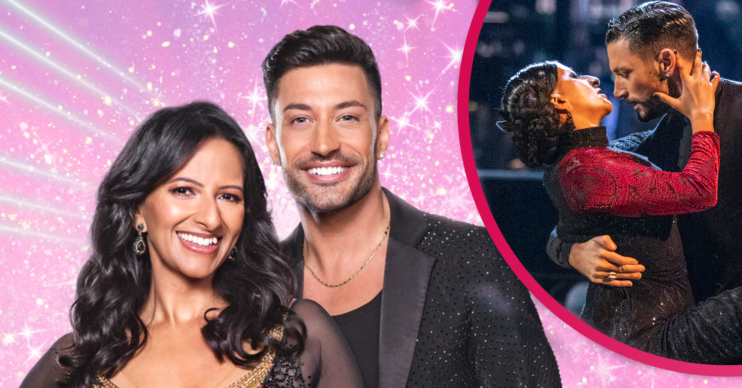 Their chemistry is sizzling hot, to be fair

Rumours have rumbled on throughout this year’s series that there’s more than a cha-cha-cha to Ranvir and pro dancer Giovanni’s relationship.

Thanks to their irresistible chemistry, tongues have been wagging.

What did Jamie say about Ranvir Singh and Giovanni Pernice on Strictly?

Speaking to the Metro newspaper, Jamie said: “I think Giovanni fancies Ranvir, that’s what I think.”

However, Jamie said he thinks their relationship is nothing more than platonic.

“If people at home are believing they’re in a relationship, then they’re doing their amazing job together, that’s incredible.”

He went on to call Ranvir and Giovanni a “beautiful” partnership.

How has Ranvir reacted to the Strictly romance rumours?

Despite the persistent rumours, Ranvir told The Mirror in November that there was no romance between the two.

“We both find the idea that we might get hit by the curse very funny – he is a 30-year-old man!” she said.

We both find the idea that we might get hit by the curse very funny.

She also endured a grilling by GMB host Piers Morgan, who asked: “Are you beginning to feel the Giovanni magic?”

Ranvir was also quick to shut down Piers, too.

What’s happening in this week’s Strictly?

Romance or no romance, there’s no denying that the pair have great chemistry.

And in this week’s semi-final, they will have to dance two routines as the competition hots up.

To begin with, the couple will dance the Waltz to Un Giorni Per Noi by Josh Groban.

And then, Ranvir and Giovanni will perform the Jive to Candyman by Christina Aguilera.