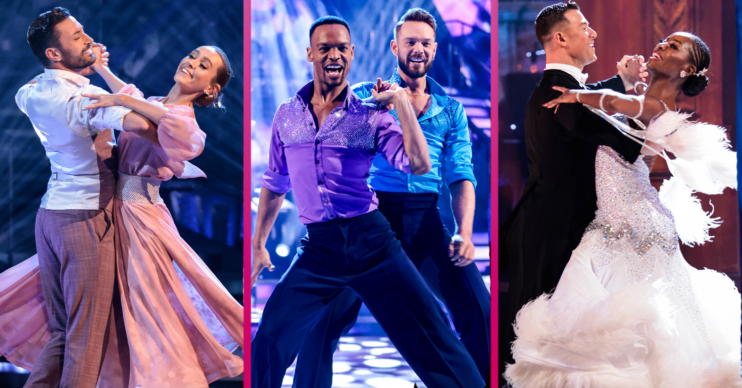 Their scores for the entire series have been added up

Ahead of the Strictly Come Dancing final, the judges have picked their winner of the 2021 Glitter Ball – yes, really!

Although Shirley Ballas, Craig Revel Horwood, Motsi Mabuse and Anton Du Beke remain impartial on screen, it appears the foursome do have a favourite.

Who do the judges want to win the Strictly Come Dancing 2021 final?

Presenting a segment called the Road to the Final, he revealed who the judges are really backing to win.

And, while he pointed out it is “anybody’s game”, the judges clearly have a favourite.

Richie said: “I’ve taken all the overall scores and I’ve added them all together, for all 13 dances so far and if you have a look it’s pretty much neck and neck.”

“So this is the figure of all the scores throughout the series?” Janette asked.

“This is everything, so the stakes are high, it’s so close, it’s anybody’s game.”

What did the stats show?

The judges scores over the entire Strictly Come Dancing series had been added up and put into graph form ahead of the final.

And it showed that the judges’ favourite is John Whaite.

Over the course of the 2021 series, he has amassed 454 votes from the judging panel.

And the judges have Rose placed in third place with 447 votes.

How will voting in the final work?

However, the judges have nothing to do with voting in the final – their scores are just for guidance and won’t be counted.

Instead, the viewers decide their winner through phone and web votes.

Bookies have put odds of 1/8 on for Rose and her pro partner Giovanni Pernice to win the show, though.

And, before AJ’s injury, John was the 20/1 outsider to lift the trophy.

The Strictly Come Dancing final airs Saturday (December 18) at 7pm on BBC One.

So who do you think will win? Tell us on our Facebook page @EntertainmentDailyFix.