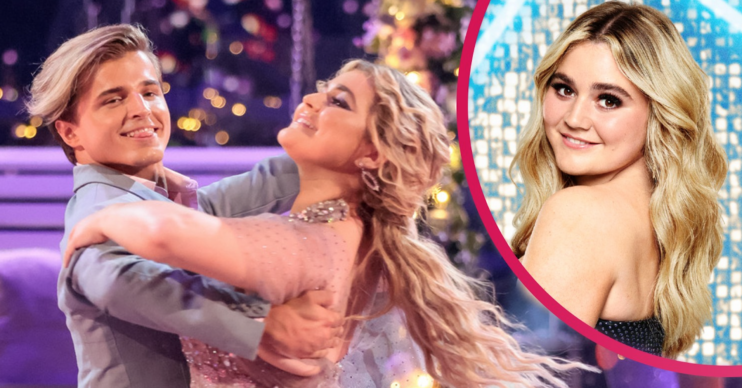 Tilly had to sit the final out

Strictly Come Dancing fans were baffled after Tilly Ramsay “didn’t get a mention” by the show during Saturday night’s final.

The 20-year-old had to sit the final out, but fans still wanted to know why she wasn’t featured more.

Where was Tilly Ramsay in the Strictly final?

During the final on Saturday, finalists Rose Ayling-Ellis and John Whaite battled it out for the 2021 Glitterball.

In a thrilling and emotional show, Rose and her partner Giovanni Pernice eventually won the trophy.

And, like in previous finals, all the contestants who featured in the show danced onced again in a group dance.

However, thanks to Covid, Tilly could not take part.

And even though she was briefly featured in a video montage of the series, fans wondered why she wasn’t acknowledged more.

Where was Tilly Ramsay at the finale round up?? #Strictly

#Strictly #Strictly2021 #StrictlyComeDancing why haven't they mentioned Tilly, I know she has covid so couldn't be there but she deserved a mention, or did I miss it?

It doesn’t make any sense that Tilly doesn’t figure prominently in the montage. #Strictly

What did viewers say about Tilly?

One asked: “Where was Tilly Ramsay at the finale round up?? #Strictly.”

A second said: “#Strictly #Strictly2021 #StrictlyComeDancing why haven’t they mentioned Tilly, I know she has covid so couldn’t be there but she deserved a mention, or did I miss it?”

A third added: #Strictly I know #Tilly has tested positive for covid but they haven’t even mentioned her, which is a shame…”

Finally, a fourth echoed those before them: “It doesn’t make any sense that Tilly doesn’t figure prominently in the montage. #Strictly.”

What else happened in the final?

Tilly and partner Nikita Kuzmin made headlines during the series after their sensational chemistry.

However, they left in week 10.

Since then, all eyes have been on Rose and Giovanni, and after their incredible victory fans hailed an emotional Gio as a “changed man”.

One fan said on Twitter: “He’s had to change everything he knows about teaching and I think he’s learnt just as much from Rose. Perfect partnership.”