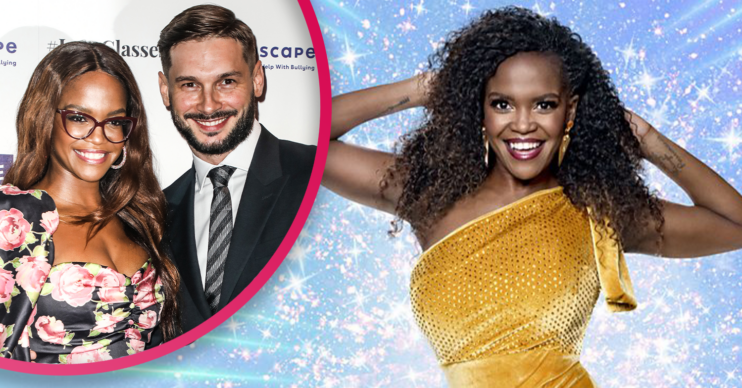 She's won the show twice – will we see her lift the Glitter Ball again?

Oti Mabuse danced her way into our hearts as one of the professional dancers on Strictly Come Dancing back in 2015.

Since then, she’s won the show not once but twice.

However, Oti has hinted that this year’s series will be her last.

Read on for everything you ever needed to know about the lovely South African dancer.

Is Oti the only pro to have won Strictly twice?

Oti is the only professional dancer in the show’s history to have won the Glitter Ball trophy twice in succession.

She lifted the trophy in 2019 with Kelvin Fletcher, and again with Bill Bailey at the end of the 2020 series.

However, she isn’t the only pro to have won the show twice – Aliona Vilani has also scooped the title twice.

She won series nine in 2011 with McFly drummer Harry Judd.

Aliona also scooped the title in 2015, her last year on the show, with The Wanted’s Jay McGuiness.

What is Oti Mabuse’s net worth?

Oti’s net worth hasn’t been disclosed, but it’s reported that professional dancers on Strictly Come Dancing earn around £50,000 per season.

Add to that stints on The Masker Dancer panel, her role on The Greatest Dancer and various other TV and magazine appearances, and Oti may well be sitting on a pretty penny.

Who is older, Motsi or Oti?

Oti is the younger of the girls and she is 31 years old. Motsi, meanwhile, celebrated the big 4-0 back in April of this year.

Oti has opened up about their relationship, too.

And, while the sisters are close, the dancer revealed she didn’t speak to her big sister for three months during the 2019 series of Strictly.

Read more: Luba Mushtuk ‘denied’ partner on Strictly 2021 – but is it good news for Neil Jones?

And the reason? Well, to stop accusations of cheating.

Oti said that when Motsi joined the Strictly judging panel, not only didn’t she find out the news till the day it was announced, they also avoided any private contact with each other to shut down accusations of cheating.

“We were very professional and, to be fair to everyone else, it needed to be,” Oti revealed.

“I only really saw her on the show day on Saturdays when she was critiquing. Kelvin [Fletcher] and I didn’t really speak to her, either, because we were so busy.”

They tied the knot in 2014 after meeting at a dance trial in Germany.

The couple now live in London and don’t have any children – although they have openly discussed their desire to start a family.

Marius is also a dancer – and he has even made an appearance on Strictly.

He performed in the group numbers in 2017 and also took part in the 2018 Strictly Come Dancing live tour.

Oti gave an interview back in April 2021 and said that this series would most likely be her last.

She said: “I love to dance and love bringing joy to so many people, but I think [this year’s Strictly] will be the last.”

However, the star went on to clarify her comments in a further interview and admitted that when it comes to her position on Strictly, she takes it “one year at a time”.

“The thing about Strictly is I take it one year at a time,” she said.

“And that is what I should have said.”

Oti followed in older sister Motsi’s footsteps and started dancing as a child.

Despite studying Civil Engineering at university, dancing was always her true passion.

As a result, she moved to Germany in search of new challenges to broaden her dancing horizons.

She appeared on the German equivalent of Strictly, Let’s Dance, before joining the BBC dance show in 2015.

The pair went on to win the show.

So will she make history this year by becoming the only pro to win the series three times with one of this year’s celebrities?

We’ll just have to wait and see!

Head to our Facebook page @EntertainmentDailyFix and tell us if you’ll be rooting for Oti this year.