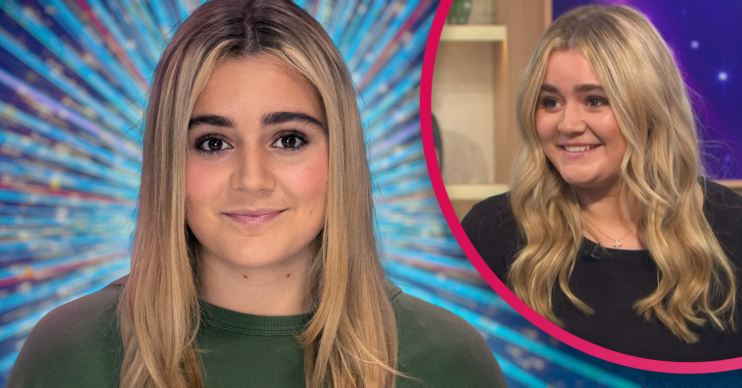 Strictly Come Dancing contestants: Who is Tilly Ramsay? How old is she?

And did she really go out with Gino D'Acampo's son?

Tilly Ramsay has joined the list of celebrity contestants on this year’s Strictly Come Dancing.

The daughter of celebrity chef Gordon Ramsay, Tilly first appeared on TV at the tender age of four.

However, that doesn’t mean she isn’t “terrified” of walking out onto the hallowed Strictly dance floor.

Strictly Come Dancing contestants: Who is Tilly Ramsay? How old is she?

Tilly is the second youngest of Gordon Ramsay and wife Tana’s five children.

Read more: Who is Giovanni Pernice dating now as ‘his ex signs up for Strictly 2021’?

Eldest sister Megan is 23, twins Jack and Holly are 21, Tilly is 19, and little brother Oscar is two.

When did Tilly first appear on TV?

Tilly appeared on her dad’s show The F Word in 2005, when she was just four years old.

Megan, Jack and Holly also appeared on the show, with Tilly making another appearance in the second series of the Channel 4 show.

Appearances on Gordon’s shows Hell’s Kitchen and MasterChef Junior followed between 2010 and 2015.

Read more: Who did Strictly star Greg Wise play in The Crown – and what happened to his sister?

And, in 2015, it was announced that keen cook Tilly was getting her own cooking and entertainment show.

Matilda and the Ramsay Bunch – which also starred her family – ran for five series on CBBC and saw the young star amass quite the following from young viewers.

A keen cook since she was a youngster, Tilly also fronted a campaign on This Morning with dad Gordon.

Big Chef Little Chef saw Gordon and Tilly cooking in a bid to encourage other youngsters to take up cooking as a hobby.

Tilly went back to Hell’s Kitchen for a special episode revolving around her Sweet 16 birthday party.

She’s also written a cookbook – much like her mum Tana.

And she’s quite the star on TikTok.

She has 9.5 million followers and her posts have been liked a whopping 105 million times!

Does Tilly Ramsay have a boyfriend?

When she was announced as one of this year’s Strictly Come Dancing contestants, dad Gordon issued a warning to his youngest daughter.

“Don’t date those dancers,” he declared in a video message.

Someone else he wasn’t entirely keen on his daughter dating was Gino D’Acampo’s son Luciano.

Gino let slip that the pair were more than just friends during a TV interview.

He said: “They [have] known each other for a few years now.

“I don’t really want to say a lot because it’s none of my business.

“But what a great pleasure I have knowing that my son is dating Gordon’s daughter. Just to really annoy him. That will do it!” Gino quipped.

However, flash forward to November 2019 and Tilly appeared to be dating Seth Mack.

She posted a black and white photo of them together and captioned it with a heart emoji.

Her siblings were quick to rib Tilly, commenting things like: “Don’t tell Luci.”

It’s not known who she is dating now.

Tilly is also pals with the Beckham boys and has posted shots of both Romeo and Brooklyn Beckham to her Instagram page.

So how does Tilly feel about signing up for Strictly Come Dancing?

In a word, terrified!

And, what’s more, she’ll also have to juggle her stint on the BBC dance show with the start of university.

Tilly is due to start at uni in September and said she is “excited for the challenge” of fitting in Strictly around her studies.

Will you be rooting for Tilly or one of the other Strictly Come Dancing 2021 contestants? Tell us on our Facebook page @EntertainmentDailyFix.