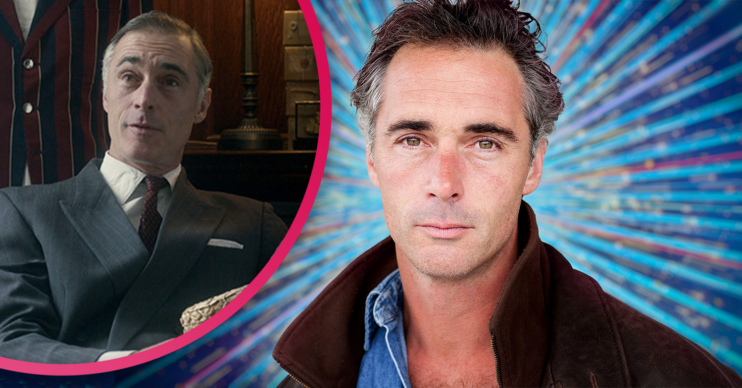 Strictly Come Dancing contestants: Who did Greg Wise play in The Crown? What happened to his sister?

He's lacing up his dancing shoes

Actor Greg Wise has joined the list of contestants putting on their dancing shoes for the 2021 series of Strictly Come Dancing.

But what do we know about the actor, and his very famous wife?

Why did he sign up for the show, does he have kids and who did he play in The Crown?

All that and much more here…

Strictly Come Dancing contestants: Who did Greg Wise play in The Crown?

Greg started his career on stage before moving to the small screen in TV films and bit-parts in shows including Taggart.

Big-screen success came Greg’s way in 1995, when he signed up to star in period drama Sense and Sensibility.

Read more: Who is Giovanni Pernice dating now as ‘his ex signs up for Strictly 2021’

Roles in films including Mad Cows, Johnny English, Walking on Sunshine and Military Wives followed, as did parts in TV shows such as Trial & Retribution, Cranford and Law & Order: UK.

However, it’s his role as Lord Mountbatten in Netflix series The Crown that he is now perhaps best loved for.

That is until he laces up his dancing shoes…

Greg met Emma on the set of 1995 movie Sense and Sensibility.

However, the union almost didn’t happen because Greg was convinced he was meant to be with his Sense and Sensibility co-star Kate Winslet.

Emma explained: “Before he did the job, he went to see a friend of his who was a bit witchy and she said he would meet his future partner on the film.

Read more: How is Strictly judge Claudia Winkleman related to the royal family?

“He assumed it wasn’t me because I was married and quite lot older than him so he thought it might be Kate.”

“He took her to Glastonbury, and she was so bored, and he thought, this isn’t going to work, who can it be?

“Then things happened that probably shouldn’t have happened, and it’s been 25 years in May,” she quipped.

Greg himself has also spoken about the ill-fated romance with Kate.

“She pointed out that we were right for each other and told me that Emma’s marriage was over. It was all meant to be, just as my friend Helen had predicted,” he said.

After an eight-year romance the couple tied the knot.

They welcomed daughter Gaia in 1999 through IVF.

And they adopted son Tindyebwa Agaba Wise, a Rwandan orphan and former child soldier, in 2003.

What happened to Greg’s sister?

Greg revealed that he has signed up to take part in Strictly Come Dancing in memory of his sister Clare, who died almost five years ago.

Greg cared for his sister up until her death, moving into her flat to care for her and her cat.

Speaking at the time, he said: “When someone goes through a life-limiting disease – and you never know, at the time, how limiting it will be – you have to be careful not to pre-grieve.

“And yet I couldn’t help grieving for the state my sister was finding herself in.

“And when she died, I felt thank God, because this was untenable. Bone cancer is excruciating and this was hard, hard, hard.

“A part of you is grateful and then you try not to give yourself a hard time for being grateful.

“Life is going to throw [bleep] at you and it’s how you deal with it. It will give you the opportunity to see who you really are.”

Signing up for Strictly, Greg admitted: “She was a huge disco diva, and actually we sent her out of this life in a glitterball coffin to banging 80s disco music.

“[Clare] will have such a laugh watching her little brother.”

Head to our Facebook page @EntertainmentDailyFix and tell us if you’ll be rooting for Greg or another of the Strictly Come Dancing 2021 contestants.