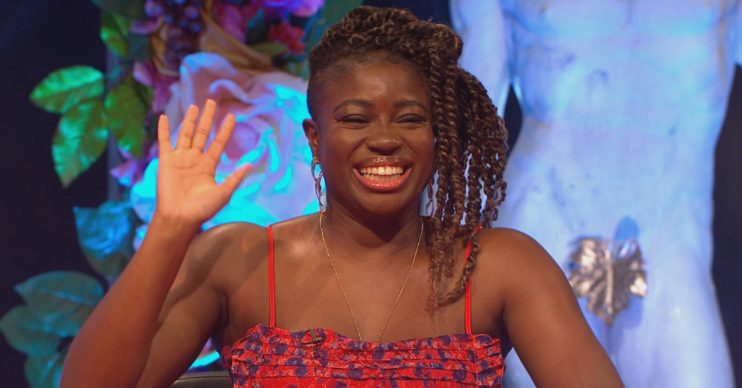 Strictly Come Dancing’s Clara Amfo: Who is the Radio One DJ and Celebrity Juice guest?

The Radio 1 DJ is dreading one particular dance on Strictly

Strictly Come Dancing’s Clara Amfo is one of 12 celebrities desperately hoping they won’t embarrass themselves on the dance floor this year.

The 36-year-old joins the likes of Bill Bailey, Caroline Quentin and EastEnders’ Maisie Smith on the 2020 series. But who is she and why is she taking part?

Who is Clara Amfo?

Clara is a radio DJ and television presenter, who is one of the 2020 Strictly celebrities. She says she can’t wait to be spun around the ballroom floor.

She hopes she can cheer the nation up after Covid ruined life for everyone.

After she was announced as a contestant on Strictly, Clara said: “This year has been a real challenge and escapism through dancing is something I know we all enjoy. So to be taught by a pro and live a fantasy is something that I can’t wait to fully embrace, see you on the dancefloor!”

Clara grew up in Kingston Upon Thames, Surrey, with her Ghanian parents and five siblings.

Her parents arrived in the UK in the 70s. Her father was an NHS microbiologist, but passed away in 2016, the day Clara was due to run the Paris marathon. Devastated, she pulled out of the race and came home immediately.

A year later, Clara made a BBC radio documentary called Running With Grief, tackling how young people learn to cope with the loss of a parent.

Her dad’s death brought Amfo even closer to her mother, Grace, who offers hilariously honest critiques of her daughter’s outfits on a recently launched Instagram account that Clara set up @Whatsappmama.

Why is Clara famous?

Clara always loved radio stations and spent her younger years listening to both commercial and local pirate stations. Then, in 2007, she landed a dream job at KISS FM as a marketing intern.

Determined to succeed, she worked hard and made a good impression on her bosses who gave her voiceover work. Before long, she started hosting the overnight show, then the Saturday Breakfast and Drivetime shows.

This year has been a real challenge and escapism through dancing is something I know we all enjoy.

As she rose the ranks at KISS, the BBC started to take notice and, in 2013, Clara was offered the Weekend Breakfast show on Radio 1Xtra.

Two years later she moved to Radio 1 as the host of the station’s Official Chart Show, before taking over from Fearne Cotton as host of the weekday mid-morning show, home of the Live Lounge – the slot she still holds today.

What else has Clara done?

In addition to her radio work, she has co-presented the Glastonbury Festival, Radio 1’s Big Weekend, the BAFTA Awards and The Proms.

She competed against other famous faces on Celebrity MasterChef in 2018, and joined Dermot O’Leary to present One World: Together at Home on BBC One.

According to show sources, Clara was due to join the 2019 line up but decided not to.

Speaking to Cosmo she said: “I had been asked before and I had never felt quite ready, but I think this year I just thought ‘you know what, why not?’

“2020 has been a challenging year and it’s like we’ve all learned you’ve just got to lean into any sort of joy that you can, and you’ve got to really live fully.

“Life is incredibly short, it’s unpredictable, it’s cruel, it’s beautiful, it’s all these [bleep] things, so I’m like ‘let me just have some fun’,” she says.

“I knew if I didn’t do it this year, I don’t think I would have done it any other year. Something in my gut was telling me to just go for it. This year just feels right, so here we go.”

Keen to take on any challenge, Clara admits there is one dance that leaves her unsure.

“The Waltz because it’s such a slow, considered dance and it’s not like if can just pick it up again if you mess up,” she has said.

“If you put one foot wrong and you miss something I would imagine it’s quite difficult to get back into it, so I’m very nervous about that.”

Who is Clara Amfo dating?

It would seem that she is not currently seeing someone, but admits that she is “really open about dating” because she knows “so many women in a similar position to me where they’re really coming to know what they’re worth”.

She says that now at 36 she is strong and won’t take any [bleep] from anyone! “Some of the [bleep] that I put up with in my late teens and early twenties, it wouldn’t ever fly now!” she admits.

She also reveals that for a while she wasn’t being true to herself.

“I’d definitely spent about a good five years being really unkind to myself,” she has told Red magazine. “I was making terrible dating choices, I was beating myself up about any mistake I made. I couldn’t forgive myself and just wouldn’t give myself a break.”

What does Clara think about the Black Lives Matter movement following the murder of George Floyd?

In July, Clara gave an impassioned speech on her Radio 1 show about the death of George Floyd, the man killed by four US policemen this year.

She says she is beginning to see a change in the way people of colour are treated.

“I’ve witnessed what I feel is a genuine transformation,” she said.

“Not overnight change, but I’ve definitely seen the penny drop. I’ve had messages saying, I honestly had no idea, but now suddenly everything makes sense.

“These can be watershed moments that shift culture and conversation, and I’ve been privy to see the results of that, and this is what keeps me hopeful.”

Who is Clara’s role model?

We all have people we look up to and Clara is no different. Her icon is Oprah Winfrey, who inspired her to strive for success.

“She was a real inspiration to me,” she told Elle. “I think it’s really important, whatever your background, to see people in the media and public life that represent you.”

However, she says that it can be detrimental to focus on role models.

“We put too much pressure on them. I understand it – we admire people and we want to project that in a positive way – but we don’t think about the person behind it,” she says.

“We all make mistakes. I don’t mind being called a role model so long as people know I might mess up. I’m not perfect. Because who is? Apart from Beyoncé.”

Who is Clara Amfo paired with on Strictly?

Appearing on Lorraine this week (Wednesday October 21 2020), Clara said of their partnership: “Me and Aljaz have just been laughing the whole time.

“He’s been very strict but he’s allowed a good allocation of laughs.”

The pair have to live apart for the duration of Strictly.

Clara and Aljaz perform their first dance of the live shows this weekend, the Cha Cha to Don’t Start Now by Dua Lipa.

Catch the return of Strictly Come Dancing on Saturday 17 October

Is Clara Amfo one of your favourites to win Strictly? Leave us a comment on our Facebook page @EntertainmentDailyFix and let us know what you think.