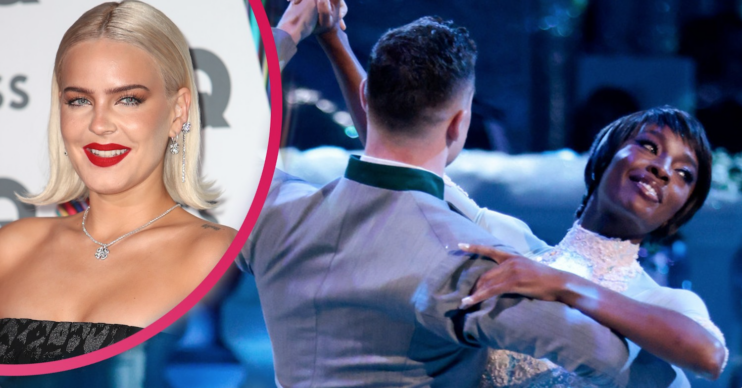 This is shaping up to be a GREAT line-up!

The Strictly Come Dancing Christmas special has added a Celebrity Gogglebox star and fans are beside themselves.

Anne-Marie – a judge on The Voice – has signed for the show and joins a bevvy of big names for the festive spesh.

It’s going to be a very glitzy affair!

What did Anne-Marie say about the Strictly Come Dancing Christmas special?

Yes, that means Anne-Marie is sashaying with Italian hunk Graziano. What’s not to like about that?

Anne-Marie also commented on the pairing.

She said: “I’m excited to take part in the Strictly Christmas special.

How did fans react to the Strictly news?

Fans were thrilled with the news that Anne-Marie will be taking part, and took to Twitter to express their delight.

One said: “I love @AnneMarie she had such a nice energy about her on celeb bake off and whenever I’ve seen her interviewed.

“One of the very few reasons I’d ever want to be famous is to do #Strictly (it’d be a disaster, I can dance but hate being on camera) so I love this so much!”

Who else is taking part in the Strictly Come Dancing Christmas special?

First Dates star Fred Sirieix will dance with Dianne Buswell, and said on It Takes Two: “I’m so excited. I got the phone call and I was excited as I was scared.

Former Bake Off host Mel Giedroyc is also taking part, and will dance with Neil Jones.

And then there’s Repair Shop legend, Jay Blades, who will shimmy with Luba Mushtak.