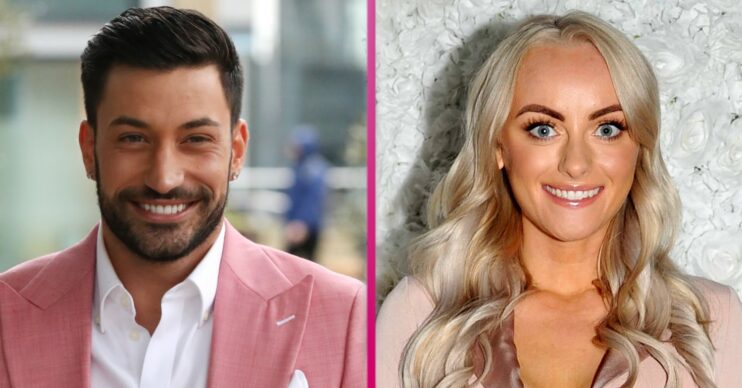 The reports comes after the BBC One show announced all 15 contestants for the new series.

Why are bosses so keen to pair Giovanni Pernice and Katie McGlynn on Strictly?

The Sun reports that Strictly bosses are keen to pair the 30-year-old Italian pro dancer with Katie, 28.

However, the pair became romantically linked five years ago.

Giovanni is now dating former Love Island contestant Maura Higgins, and has been famed for his relationships with his Strictly partners in the past.

He formed short-term relationships with Georgia May Foote when they danced together in 2015, and Ashley Roberts in 2018.

What did a source say?

A source told the newspaper: “This would be a dream ticket for Strictly producers, but a potential nightmare for the trio concerned.

“The show’s bosses always strive to pair up pros and celebrities likely to have the most chemistry. In that respect, Giovanni and Katie are an obvious choice.

“…of making life so difficult outside of the rehearsal studio that it might impact on their performances.”

For the record, Katie has always denied that she and Giovanni ever dated.

A rep for Strictly had no comment when contacted by ED!.

Who else is on Strictly this year?

Giovanni and Katie may be a dream pairing for bosses, but the dancing teams won’t be announced until the first show next month.