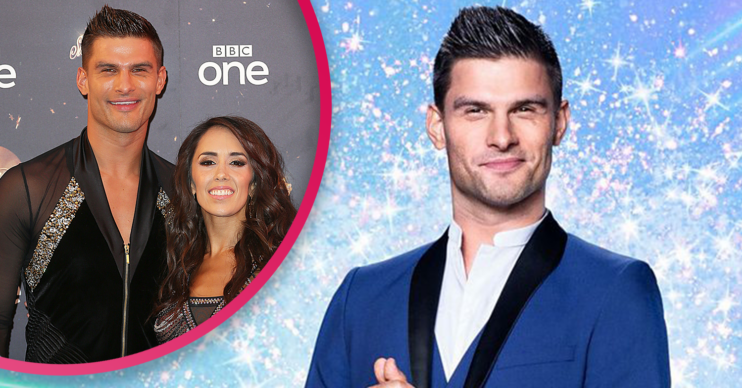 Strictly Come Dancing: Aljaz Skorjanec forced to move out of home he shares with Janette Manrara

He'll have to isolate away from his wife of four years

Janette quit as a professional dancer after the last series.

Instead, she’ll front spin-off show It Takes Two with co-host Rylan Clark-Neal, who is expected to make his TV comeback following his marriage split on the BBC Two show.

Aljaz is also busy, if reports are to be believed.

So how will he manage to juggle Strictly and his new role, plus find time to see his wife, who he’ll have to separate from ahead of the new series?

As well as gearing up for his ninth series of Strictly Come Dancing, Aljaz is also heading to the big screen.

It’s been reported that he’s landed a role in the new movie version of the musical Matilda.

And, not only that, he’ll star alongside Love Actually star Emma Thompson – wife of 2021 Strictly hopeful Greg Wise – and Line of Duty’s Stephen Graham.

However, it’s not all good news for Aljaz ahead of the new series.

He’s also having to separate from wife Janette before filming starts.

Why are Janette and Aljaz separating?

Janette explained: “We always do a big rehearsal for all the pro dances and they get rehearsed and sometimes even filmed before the series begins.

“Because COVID is still an issue, in order for the show to continue moving forward with the professional numbers, the professionals and the production team have to isolate to rehearse and film all the pro dances, which means Aljaz will have to move out of our home.”

Read more: Alan Carr admits X-rated reason for refusing to do Strictly with Aljaz or Gorka

Of course, with Janette stepping down from her role as a professional dancer on the show, she won’t be involved in the group numbers.

However, she admitted they won’t have to be separated for as long as last year.

“Last year we had to isolate for the whole series and I didn’t see Aljaz for 11 weeks. But this time it’s only the four weeks of pro rehearsals,” she said.

How long have they been married?

Janette and Aljaz tied the knot back in 2017, meaning they’ve been married for four years.

And they did it in style, holding three weddings over three weeks in three countries around the world.

The couple said “I do” in London, where they live, and also jetted off to Florida to say their vows in front of Janette’s family in her native Miami.

They also travelled to Slovenia, where Aljaz is from, for a third big day.

In his first year, Aljaz was paired with model Abbey Clancy – and the pair went all the way to the final, eventually lifting the Glitter Ball trophy.

Aljas hasn’t managed to repeat the win, despite getting into the final twice more with his celebrity partners.

So will 2021 see the hunky dancer triumph? Let us know what you think on our Facebook page @EntertainmentDailyFix.