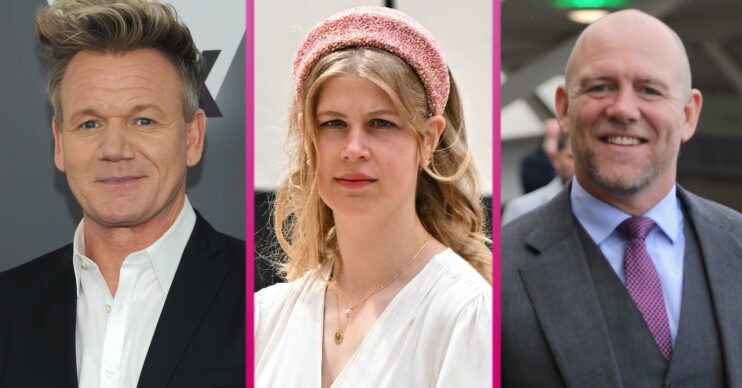 Who could do Strictly Come Dancing 2022? All the latest rumoured names

It's just around the corner

Strictly Come Dancing will be back for its 2022 series later this year, but who could be taking to the ballroom floor this year?

As we await confirmation of which celebs we will see take on the challenge of becoming a dancer, ED! has gathered together the rumours for this year’s Strictly.

Bookies have also confirmed the latest odds on which famous faces could waltz onto the floor.

The bookies’ favourite at the moment is Gordon Ramsay at 11/8, according to OLBG.com.

The sharp-tongued celebrity chef would be following in his daughter Tilly’s footsteps if he was confirmed for the BBC dancing competition. He’s also said he would do it in a “[bleep]ing heartbeat” – very Gordon.

Speaking to Radio Times in April, the 55-year-old said: “They asked me to do a Christmas special with Gino D’Acampo and Fred Sirieix. I would love to do it, though.

“Secretly, I’d love to do it. I’ve always wanted to dance. There’s something so gorgeous about the rumba, the samba, the foxtrot, the tango… I don’t know. I may ask the BBC if I could do it next year.”

Former Gogglebox star Scarlett has been rumoured for a few years now. The 31-year-old won the nation over with her down-to-earth personality, and would no doubt be a welcome addition to the show.

Speaking to Digital Spy last year, Scarlett said: “The Strictly people think I’m this pro dancer because I do a few dances on TikTok. I think everyone thinks I’m a professional dancer.”

Former footballer Peter Crouch was rumoured last year, and his odds were reported at 7/1 by William Hill recently.

Following his popularity with audiences after his talk show with Maya Jama last year, he could be on the radar for BBC bosses.

Maybe not if his wife has anything to do with it, though.

Maybe she’s changed her mind since then!

Jake Quickenden sparked his own Strictly rumours last month when he took to Twitter to ask a question.

He wrote: “Has anyone who’s done Dancing On Ice ever done @bbcstrictly just wondering.”

The 33-year-old sent his followers into a frenzy, with many thinking it was a clear hint that he could be lined up.

Gino has also been on the cards for a Strictly debut for a while now. Back in 2019 he was asked by BBC bosses to appear on the dancefloor.

He previously told the Daily Star: “But that show would require a lot of time and training. Who has got time for that? Not me, not at the moment.”

But what about now?

A source told The Sun last month that he has “universal appeal” with the public and is “more than capable of keeping audiences entertained”.

And it looks like there are not one, but two members of the Royal Family potentially lined up for this year’s Strictly.

Mike Tindall, 43, Zara Tindall‘s husband, could reportedly be going in front of the judges this year. The former rugby union player could be joined by Lady Louise Windsor, 18. The Queen‘s granddaughter is also a target for Strictly 2022.

A source told The Sun: “The team are doing all they can. In the year of the Platinum Jubilee, it has been a real priority.”

According to Betfair, Mike has odds of 3/1 to be doing Strictly while Lady Louise is placed at 9/2.

Betfair spokesperson Sam Rosbottom said: “Mike Tindall is 3/1 to appear on this year’s Strictly Come Dancing with the BBC reportedly eyeing him and Lady Louise, who is 9/2.

“Looking at other Royal Family members who could compete on the show, Tindall’s wife, Zara, is 6/1, while Prince William, Prince Harry and Kate Middleton are all 16/1.”

Who do you want to see on Strictly 2022? Visit our Facebook page @EntertainmentDailyFix and tell us!