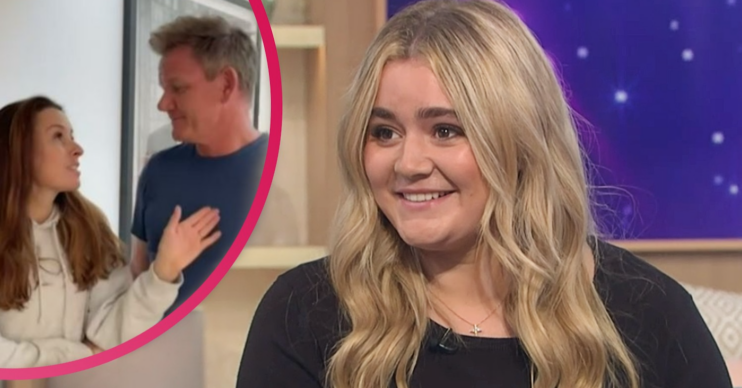 The new series is shaping up nicely!

Strictly Come Dancing 2021 has revealed that Tilly Ramsay will appear on the new series.

Tilly was unveiled on This Morning today (Wednesday August 11).

What did Tilly Ramsay say about Strictly Come Dancing?

Eamonn Holmes and Ruth Langsford teased the first reveal with a chef’s hat, and the curtain soon came down on Tilly Ramsay.

The presenters then revealed that Tilly, who’s starting uni in September, will become the youngest contestant in the show’s history.

As she walked through the glitzy curtain, Eamonn and Ruth then showed a video of Gordon and mum Tana wishing their daughter well.

What did Gordon say?

“Wishing you all the very best, we’re proud of you girl. Love you.”

But Gordon had the last word, urging his daughter: “And don’t date those dancers!”

Cutting back to the studio, Tilly responded: “Of course he has to slip something embarrassing in!”

Who are the other stars on Strictly Come Dancing 2021?

Before that, Dragons’ Den star Sara Davies appeared on GMB to reveal her participation.