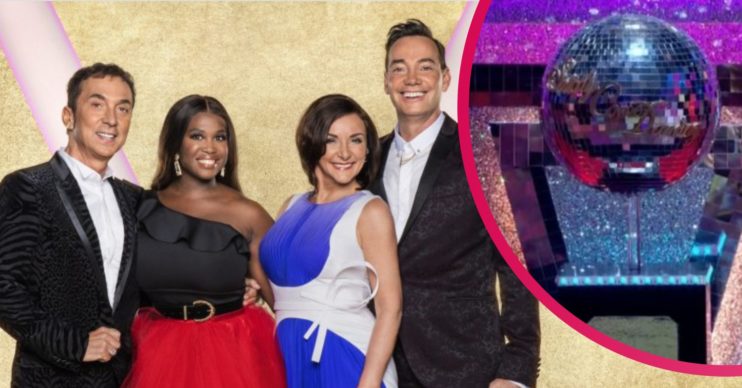 Strictly Come Dancing: 2020 start date ‘revealed’ with ‘series due to run for a month less’

Strictly Come Dancing 2020 start date has reportedly been revealed – and it could mean a shorter series this year.

According to the Mirror, the 2020 run of the BBC show will begin on BBC One on Saturday, October 24.

Strictly tends to launch in September, meaning a difference of at least a few weeks.

The tabloid also suggests the series will last for only nine weeks this year, rather than the usual thirteen.

However, Strictly’s contestants will apparently still be given plenty of time in the limelight.

I’m excited to be involved as much as I possibly can.

It is believed only twelve celebrities will take part this year, as opposed to the fifteen that typically sign up for a series.

A representative for Strictly told ED! that scheduling will be confirmed in October.

Who has been announced for the Strictly Come Dancing 2020 line-up?

The celebrities announced for the dance floor include Olympic gold medal winner Nicola Adams, who will be part of Strictly’s first-ever same sex dance pairing.

Also scheduled to take part are comedian Bill Bailey, actress Caroline Quentin, Made In Chelsea’s Jamie Laing and Max George from The Wanted.

But it is thought judge Bruno Tonioli will not appear on the panel. It is believed he will remain in Los Angeles due to the coronavirus pandemic.

However, it is hoped Bruno may play a role in the series and appear via video link for some Sunday night results shows.

Cheryl has been tipped as a contender to replace him on the panel by bookmakers.