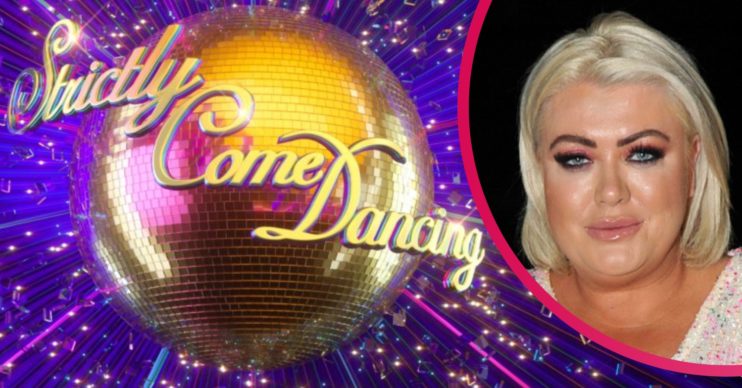 Strictly Come Dancing 2020 could feature Gemma Collins in the line-up.

Gemma, 39, is among one bookies’ favourites to take part in the next series of the BBC dance competition.

According to the Mirror, show chiefs are now open to having reality stars on the show.

Gemma’s name has cropped up as a contender before. But Coral seem to be sure she will feature in Strictly Come Dancing 2020.

The bookmaker has priced her at 4-5 to take part – and 16-1 to win and waltz away with the Glitterball trophy.

A representative for Coral told the Mirror: “We think this is Gemma’s year for the Strictly dance floor.

This is Gemma’s year.

“She’s odds on to be dancing on our screens once more this autumn.”

Former TOWIE cast member Gemma could become the first reality star to take part in the celebrity contest. She proved a hit on Dancing On Ice in early 2019, later revealing she ‘thought she had died’ during a memorable spill on the ice rink.

Gemma Collins going flat on her face has got to be the most spectacular TV fall since Madonna at the Brit Awards. #DancingOnIce pic.twitter.com/X6zTR1aj2O

It is thought Strictly bosses were previously reluctant to book reality stars to participate.

Made In Chelsea’s Jamie Laing was signed up for last year’s series – but he had to withdraw due to injury. He was replaced by Kelvin Fletcher who went on to win the entire series alongside pro partner Oti Mabuse.

It is rumoured Jamie has an open offer to have another crack at Strictly later this year.

Another name said to be in the frame is Molly-Mae Hague of Love Island fame.

Earlier this month, judge Shirley Ballas hinted that a young royal might be among the contestants.

She told reporters she’d be keen to sign up a ‘blue blood’ for the show.

Shirley told reporters: “It would be lovely for one of the younger royals to come on.”

“We have even seen the Queen on Zoom so it would be lovely get a young royal and I know lots of them are fans and it brings joy to their evenings,” she added.

Whoever steps on the dance floor, it seems likely that major format changes will be required to ensure Strictly Come Dancing 2020 is coronavirus-free.

A source is reported to have told The Sun: “It’ll be a very different show this year for everyone, from the top to the bottom.”