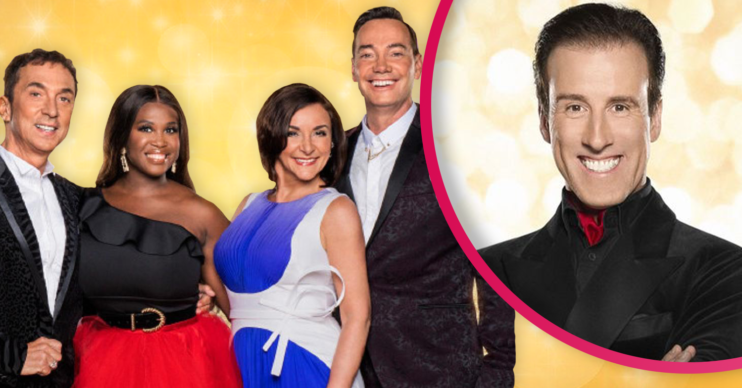 Strictly Come Dancing fans are worried about this year’s series.

ITV has confirmed that Love Island has been axed this summer due to coronavirus fears.

Will other reality shows face the same fate? Is Strictly 2020 cancelled too?

Shirley Ballas said on This Morning that BBC bosses were doing everything in their power to ensure the show goes ahead.

However, a lot more has happened since then – including the cancellation of Love Island.

Pro dancer Anton du Beke gave an update on May 6 to share the latest updates on Strictly 2020.

During an interview on Good Morning Britain with Lorraine Kelly, he revealed that the series should still go ahead.

However, he added that there may be some big changes.

“The thing about Strictly is the pros don’t really start until August, but that’s the pro numbers and the group dance rehearsals,” he explained.

“We’re just putting all the numbers together that we do during the series.

“But the celebrities don’t get involved until the beginning of September and then the live shows start a bit further into September.

“So I suppose there’s a bit of a contingency there and we can just push the whole thing back.

“We can forgo the group dance rehearsals and pick them up during the week or something like that.”

Anton was then asked if there had been any official word from BBC bosses.

He said: “No one knows anything yet because the lockdown is still going on – but I think there are some things available.

“There are some contingencies available I think with timing and flexibility.

“Hopefully, we’ll be able to do some studio stuff by then and lockdown will be over for goodneszs sake. And then we can crack on.”

BBC director of content Charlotte Moore also spoke out about changes for Strictly 2020.

She explained that one option could be to get rid of the live studio audience.

“[People think] if it is shiny floor, it needs an audience, and I don’t think that’s necessarily true,” she said.

“When you look at something like [RuPaul’s Drag Race], it never has an audience.

“The audience is the four judges and I don’t think it suffers from that at all. I think it is a brilliant show.”

Have other shows been cancelled?

Love Island has been cancelled by ITV bosses.

Kevin Lygo, Director of Television at ITV, explained the decision.

He said: “We have tried every which way to make Love Island this summer.

“But logistically it’s just not possible to produce it in a way that safeguards the wellbeing of everyone involved and that for us is the priority.

“In normal circumstances we would be preparing very soon to travel out to the location in Mallorca to get the villa ready.

“Clearly that’s now out of the question.

“We are very sorry for fans of the show but making it safely is our prime concern and Love Island will be back stronger than ever in 2021.”

In addition the soaps Emmerdale, EastEnders and Coronation Street have ceased production.

Britain’s Got Talent filmed its auditions before lockdown started which is why the show is airing as usual.

However, the live final and semi-finals will be postponed until later on in the year due to coronavirus.

A spokesperson for the show said: “In light of the latest government health guidelines and in line with our priority of safeguarding the well-being of everyone involved in our programmes, production of the live shows cannot go ahead as planned.