Jamie Laing has been confirmed as the eleventh Strictly Come Dancing contestant for this year's series.

The Made In Chelsea star announced the news during Monday's Loose Women hours after it was revealed that RuPaul's Drag Race star Michelle Visage and table tennis Paralympic champion Will Bayley had signed up.

Speaking on the daytime show, Jamie said: "I'm not very good at keeping secrets, especially from my mum. So hey surprise mum!" 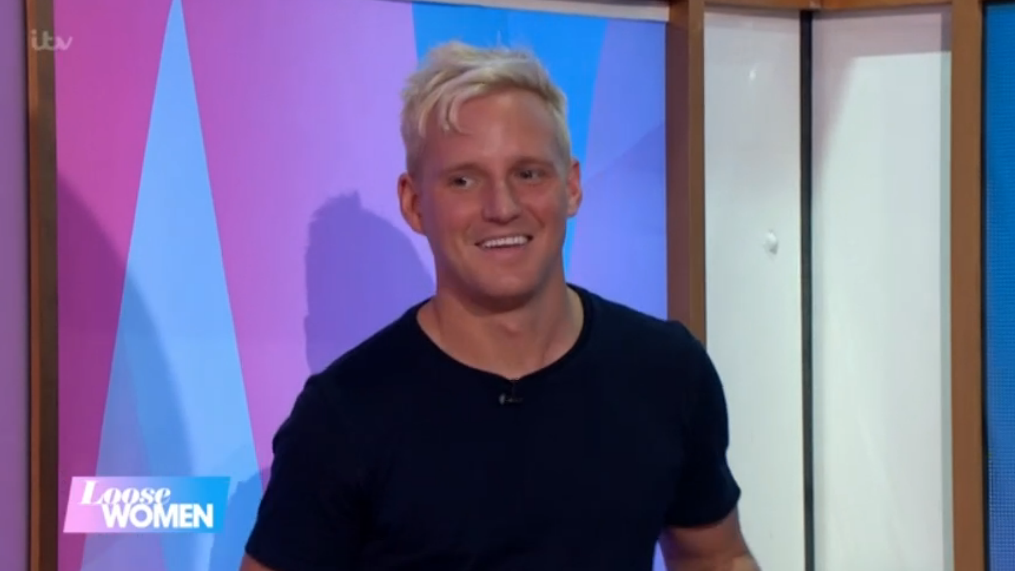 He added: "It's one of those shows, where you learn a new skill and she'll be proud of me.

"I've got a little bit of rhythm. It's an amazing experience, I can't wait. It's going to be really fun. You want to challenge yourself. I've been asked to do other shows and I've always said no.

Speaking about the so-called Strictly 'curse', Jamie said: "[Sophie and I] are dating. I haven't told her... surprise! I'm not too worried, I'm sure nobody wants to kiss me."

Made in Chelsea, but ready to dance in Elstree! Welcome to #Strictly @JamieLaing_UK https://t.co/NhK36jv5kZ 🕺 pic.twitter.com/XqWZ046jww

I am beyond thrilled to be asked to be on Strictly, the only person potentially more thrilled is my mother.

He also said in a statement: "I am beyond thrilled to be asked to be on Strictly, the only person potentially more thrilled is my mother. I have finally become the son she hoped for!"

It comes after Michelle was announced as a contestant during this morning's edition of Lorraine.

She said: "I'm very excited, I'm actually over the moon. This is one show I've loved for years. I can be so dramatic and as amazing as I can be."

She added: "I'm a woman who's 50 years old and I want to be out there representing women of a certain age. People say: 'Well, they're old, they can't do it any more.' Well actually, yes we can."

Speaking about the show's lifts, Michelle joked: "By the way, you've got to have some guns to lift all of this, trust me."

Meanwhile, Will said on Monday's talkRADIO: "I’m so proud to be on the show, it’s my family’s favourite show.

"I have no dance experience at all, but I hope I can do well. I want to inspire people with a disability - that would mean a lot to me. I want to prove to people I can do this."

Will has suffered from arthrogryposis, a rare condition which affects all four of his limbs, since birth.

What do you think of the latest star to join the Strictly line up? Head over to our Facebook page @EntertainmentDailyFix and let us know!